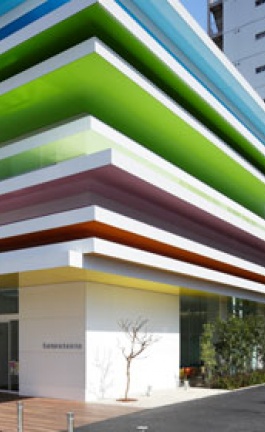 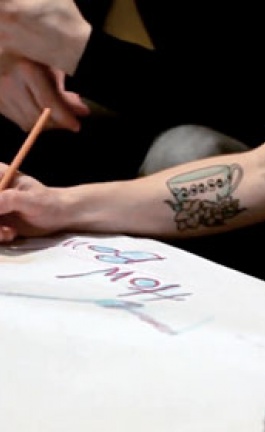 Could you imagine a society where objects would represent both the poor and the rich, combining different, almost juxtaposing elements like floral patterns and mass-produced plastic appliances in the coolest way around? Well it seems this is the particular dream of Saran Yen, a promising new designer from Thailand that has demonstrated his talents in many fields, from fashion and illustration to graphic and industrial design.

Currently studying at Konstfack Design School in Stockholm (Storytelling Dept. of Graphic Design & Illustration), he is exploring the idea of social class in design. Cheap Ass Elites is the result of this quest, an installation that criticizes what is considered ''high'' and ''low'' in both society and design, in an inventive, almost sarcastic, way. Saran had the idea to blend those two parallel worlds, merging them in one design that could represent them both, the perfect chair for the deal society. He says about it: ''Combining mass-produced household objects and plastic items with rich elements, the installation sarcastically illustrates and questions what society’s indoctrination is really built on. This project is a critic on the gap between the rich and the poor, good taste and bad taste and social hierarchy in modern society.''

Saran Yen chose to use the chair, for its rich symbolism, as the main element of his Cheap Ass Elites installation. He explains: ''Chair is the perfect object, in both function and communication, for this project. The chair represents different hierarchies and tastes clearly in its usage and esthetic. Therefore, the design is a blunt and sarcastic juxtaposition between rich and classical elements like Louis armchair, Ottoman chair or William Morris pattern style and low-taste elements such as mass-produced plastic appliances, common household items, working class objects etc. The chairs comprise of ''low'' common household plastic objects on their ''upper'' part. The lower part of the chairs is the simplified version of those stereotypical upper class chairs made out of wood. The clash of classes is simply shown, yet the project portrays the idealistic society where the rich and the poor are beautifully merged.'' Indeed, the final result is more than rewarding, with Saran Yen opting for design optimism and innovation. And, as you already know, we at yatzer are great fans of both of them!