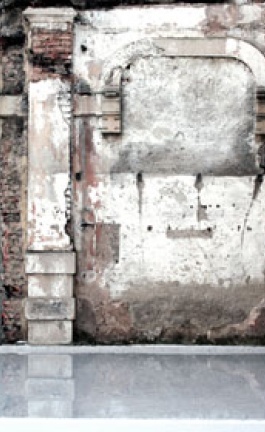 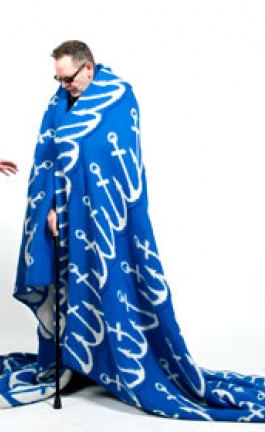 His sculptures are in an open dialogue with the “external world,” he says as he uses found objects, which “provide a balance.” Dexter in explaining what the found object means to him, he says that it brings a kind of history. “The language of the ready-made is material co-opted to objectify my internal processes – as such the found object provides a balance. It is a symbol of that which has always existed, of continuity. I am not responsible for it – it has the feel of infinity. This distancing aspect allows me to have a relationship or dialogue with the work as it comes into being.”

Referring to the element of play in his work, Dymoke makes a connotation. “It is interesting to think of the manipulation of materials as mischievous. Play is outside authority – it is anarchic and I use it in this spirit. The child, who is almost in all respects helpless, is completely autonomous in the arena of play. He or she cannot explain how it happens – in this sense the activity is free and oblivious. Play, and perhaps art making, is where you innocently do what you want”.

What’s fascinating about his art is that despite the coldness that some of the materials evoke, Dymoke achieves to ‘inject’ them with something very warm making them look utterly familiar. As he says, “what is good about what we see cannot always be accounted for and accepting this is healthy. I think sculpture is a good forum to explore this.”

Dexter Dymoke is undertaking his final year at the Royal College of Art (RCA) in London and so far has done a number of impressive public works including an installation for the Festival of Architecture at Canary Wharf in London and “The Bench” at Battersea Park in London. Throughout his work, it is evident that his relationship with the viewer is extremely important to him. As he explains in a very visual way, he loves “the performative aspect of sculpture and the way it choreographs the viewer.” “I see public sculpture as meeting the audience halfway. One has one’s practice and the audience has its expectations – it’s healthy to be creative with compromise. In fact I like making art because I like to say: “ hey, come and look at this, ” he says.

It was a pleasure for Yatzer to see his latest show at Nettie Horn. Talking about the show and his newest pieces he explains that there is a consistency of texture, color and tone. “I’m using steel in the newer works and this separates them out a bit but in the work “Lost content” for example, it simply provides a frame for the main elements. The work “The Lines” is about the tension of planes, verticals, lines, but then again right in the middle of it there is an image (the found object) which is so frank in its presence that I wonder about its plausibility. “Why is it there?” might be the single question that sticks in the mind of the viewer – and I’d be happy with that,” he says.