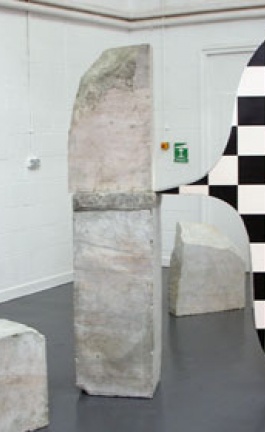 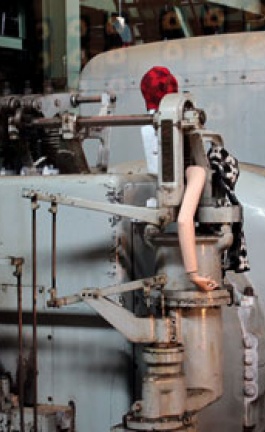 Toppstöðin Centre For The Creative Industry

Who
Vík Prjónsdóttir is a collective that encompasses the talents of the designers Brynhildur Pálsdóttir, Guðfinna Mjöll Magnúsdóttir, Þuríður Sigurþórsdóttir and the extraordinary facilities and skills of the knitting factory Víkurprjón. The Víkurprjón knitting factory is a historical building in Iceland, with a strong connection to the local region of Vik. It remains one of the three few mills standing largely due to its collaboration with Vík Prjónsdóttir.

What
Vík Prjónsdóttir's intention is to continuously harness the quality wool that comes from the unique and sustainable source that is Icelandic sheep, with its combination of fibres that result in a wool that is warm, light-weight and water repellent. The superior wool, coupled with the brand's creativity and readily indulged fascination with myths and folklore, stories from the past and also from the present, have resulted in many unique products. These now include "The Healing Hands" and "The Wing", scarf designs that opened up The Scarf Factory.

Where
The Scarf Factory opened up this year's Design March in Reykjavik. Guests were treated to an exclusive three day performance at the factory where they were able to indulge in some hot of the line purchases, as the pieces were produced and presented on site at sight!

Lets Wrap This Up!
Vík Prjónsdóttir's ambition is to show what the Icelandic woollen industry is capable of with regards to contemporary design. Since its launch in 2005, this ambition has paid off. Vík Prjónsdóttir has exhibited their designs in various places around the world, featured in respected magazines and been awarded a number of time, recently winning Best Product Line 2011.

HIDDEN WORLD
There is a world that most of us can not visit; some believe in it and others sense it but it is beyond our reach. There are only a few people that can communicate with this world and those who do function as bridges between the natural world and the spiritual one for the benefit of the community. This blanket is a dedication to those magical people and is meant to create space in the everyday life to connect with the hidden world.

SNOW BLANKET
Every year nature covers the land in snow. The snow acts like a blanket that puts all plants to sleep over the winter. The snow has both romantic sides and more dramatic ones. From ancient times people had to bury themselves under the snow to stay alive if they got lost in a snow storm. A layer of snow isolates heat and has therefore saved many lives. This blanket is meant to give isolation and protection from daily life. It is dedicated to all the survivors but also those who passed away.

HELM OF DISGUISE
There exists a stone like no other. It has special powers, is extremely precious and very difficult to find. There are only three mountains in Iceland where it may be found. Upon these mountains are little ponds and it is said that on midsummer’s night the stones float up to their surface. However, it is not easy to catch them and you must leave the water before the sun has fully risen otherwise the stones will imprison you. One of the stones is called Hulinshjálmur, which translates the „Helm of disguise“ and if you hold it in your hand you become invisible. This blanket is dedicated to these stones and to all those moments when you feel like disappearing for a while.

SHIELD OF WINGS
The Sea Eagle is the king of birds. With its grace and beauty and a wingspan of up to 2.5 meters it is respected and feared at the same time. The eagle does everything for its young and protects the nest with great care and strength. It is a predator and has been known to even take infants to its nest. Still today there exists one survivor from the eagle’s claws in Iceland. This blanket is a dedication to this magnificent animal. Now you are under the eagle’s protection.