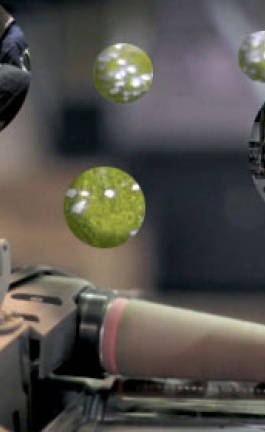 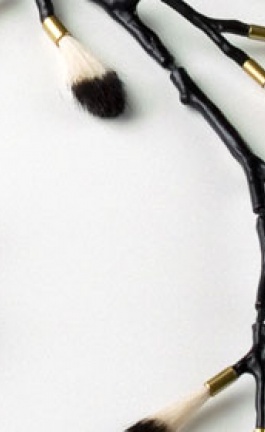 If someone was to ask me ‘how would I imagine the apartment of a young, single DJ and entrepreneur,’ I would say something like the one in the images which follow!  This trendy modern apartment is located in the West side of São Paulo and is the living quarters of a successful bachelor who wishes to reside near his company headquarters.

The residential apartment was designed and renovated by Studio Guilherme Torres according to the principals needs, an apartment with all the modernity that represents this moment of the young bachelor’s life.  The apartment was a typical 1980’s apartment which needed renovation; it was entirely gutted and redesigned to later be rebuilt from scratch.  Most walls and partitions that created rooms and uses were removed. Ten new spaces were created while the toilets and the two bedrooms were kept intact for architectural reasons.  The apartment is compromised of the following spaces, a master bedroom, and a guest room with an en-suite bathroom, a WC, a living room, a kitchen with a casual dining space, a laundry area and a pantry room.  Access to the apartment is given directly from the elevator which is located in the center of the apartment.

Due to the nature of the principal’s job Studio Guilherme Torres wanted to generate the concept of a box in which the illumination plus wall and floor coverings would create a three-dimensional effect, like in a night club; to create this some windows were eliminated.  Light grey polymer microcemento covered the plasterboard walls, and ceiling as well as the floor to create the box-like effect.  Artificial light lines using led lighting were scored into the walls and the ceiling, featuring very little stand alone lighting as an alternative light source within the apartment.  Besides the dramatic scenographic effect which the light line adds, the illumination presents great energy saving combined with high luminosity effectiveness.

The high gloss black lacquered kitchen which is now integrated to the living room occupies the area that was previously designed for corridors and the lavatory.  A casual dining area has been created with a wooden table that is painted in a light yellow color which works its way around a main pillar and is complemented by four Panton chairs.  All the woodwork was designed by Studio Guilherme Torresand one of the interesting aspects of the project’s interior design was the ‘high-low’ effects, meaning great insights on a very low cost.  “For example, the DJ table is actually the aluminum ladder that gained a new interpretation and function.”  According to the architects the entire furniture line follows an unassuming style; inspired in the 1970’s.

In the living room a wonderfully pastel colored corner sofa adds a subtle touch while a large white shag wool rug creates a lush, fluffy and warm effect.  Furthermore, the living room has a unique chair to match the overall design palette and also not clutter the space; Chair One Concrete Base by Konstantin Grcic for Magis.  Exceptional photography, colorful coffee table books, adult toys and a few vintage pieces is what adds a burst of color and modernity to this clean cut modern interior.

The master bedroom which is the relaxing headquarters of this young bachelor follows the interior design scheme of the rest of the house.  The cement colored polymer box and the faint light line add the scenographic element to the bedroom as well. Moreover, the master bedroom has a black bathtub included in the sleeping area, a transgression that is more than welcome to this fashionable and modern way of living!  Don’t you think so?