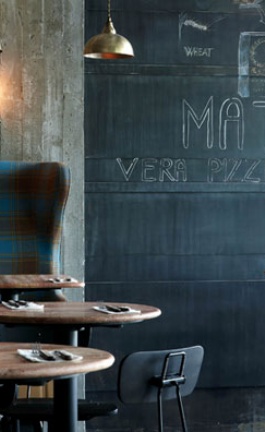 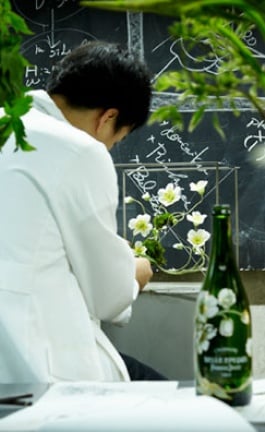 If public art is to be measured by people’s reactions, then Florentijn Hofman’s ranks pretty darn high. People have been known to literally run towards his work and one woman even had to get her car towed out of the harbor, when she stopped to take a quick snap of his famous 'Rubber Duck' as she had forgotten to use her hand brake!

How is it that you're not afraid to Think BIG?
The trick is to be fearless. I ventured into big art pretty early, while I was still in college. Some friends and I started a company in order to paint murals over the summer and a businessman hired us to work on this nuclear power plant that had never been used. We painted a 15,000 m² Alpine mural on the side of this cooling tower;  we were young and we had nothing to lose and it felt really great. We had everything that we needed from the very start: paint, cranes, sky lifts, cherry pickers, working in the open air, interacting with the audience, which are all vital to my work to this very day. The truth is, I felt comfortable right away. The secret in these projects is to create a pleasant work floor and make sure that the commissioner takes care of the paperwork. I hold up my end of the bargain and they hold up theirs, otherwise I would spend all day dealing with government officials and city councils!

Is using local materials a BIG deal?
Site-specific material is important in that local volunteers can identify with the sculpture. Right now I’m working on 'Dead Fly' for the Day of the Dead in Mexico, where I plan to use typical paper cutout decorations (papel picado) that are instantly recognizable to the local community. If you want to grasp people’s attention and adopt the work in their hearts, the best thing to do is get them to join in, so it’s nice to use a material that they can recognize. I also like to showcase familiar elements from a different perspective as was the case with  using flip flops on 'Fat Monkey' in Brazil and locally produced shingles on 'The Big Yellow Rabbit' in Sweden.

I hear you get BIG reactions to your work. What does the average person do when he/she sees it?
People are very enthusiastic! They’re amazed by the sculptures and the effort that goes into them. We have almost finished 'Slow Slugs' made out of 40,000 plastic bags that move in the wind. It will be unveiled for three days from September 7th onwards in Angers, France. The slugs will be ascending this steep staircase that leads up to a huge Catholic church, essentially signifying their slow crawl towards death. It’s about mortality, natural decay and the slow pollution of plastic in commercialized societies, so it’s only fitting that it is so brief (3 days). Most people think it’s crazy to work for two months on something that will only exist for three days, but it’s all part of the concept. I always tell my interns that inevitably the time and effort they place in projects is forgotten as it is the end-result that always remains with them.

So what would happen if no one was allowed to take pictures of your work? Is hard evidence a BIG deal in temporary art? Isn’t the memory of it enough?
That’s a really good question! Give me some time and maybe I will come up with a work that people are not allowed to take pictures of! I think it’s a great idea. I’ve been thinking about making a mole sculpture with a blacked-out interior that people would have to get down on their hands and knees to crawl into, without really knowing where they are going, but that’s as close as I’ve ever come to that concept! It would be interesting to make something so big and impressive that you’re not allowed to take pictures of. But then again museums do that all the time! At the end of the day I like the audience to circulate my work through the internet and social media, so if no one was around to see it, then I would probably take pictures myself!

Is demolishing your work a BIG occasion, isn’t it as much fun as building it?
There’s a picture of the 'Lookout Rabbit' being torn down after a year on the web. They brought in these cranes and cut his head clean off! There’s also a video of the 'Beukelsblauw' demolition somewhere online. They hired this firm whose corporate identity happened to be the same color as the paint I had used to cover the houses which was an amazing coincidence! The only thing I hadn’t noticed was this orange stripe on their logo, which they painted across the bottom of the property, when it was ready to be torn down. I actually thought it was graffiti, so I got a blue bucket of paint and covered it up. It was only the next day, when their cranes (with the blue & orange logo) showed up that I realized what I had done, but it was too late. They thought I was totally crazy, but for me it’s very important to control the life of the work right up until the end, whenever that’s possible. It’s always a little sad, but missing the artwork is part of the process. That’s how my work comes full circle: you change a public space by adding something new, then you change it back again by taking it out which is when you start to miss it. It really changes how people perceive public space. I can tell you countless stories of activists collecting signatures to keep the artwork in place, but like I said, missing it is part of the concept!