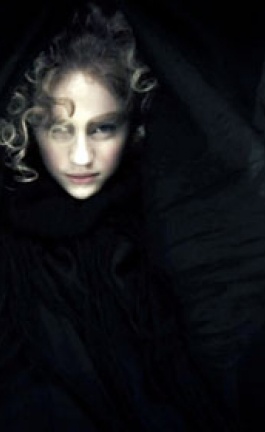 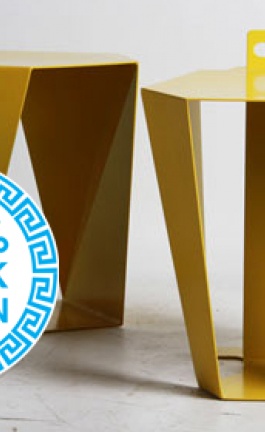 Great ideas don’t appear often and when they do, they certainly make the difference! This is the case of Tino Seubert (29.12.1986) a talented young designer from Germany that, having Italy as his base, is inspired by great historical moments for his creations. All started with his Forming History project that consists of selecting a number of significant moments in history, all of which involved furniture, and using each of them to develop new forms for furniture pieces. Tino used as his reference photographic records of those specific events that include, amongst others, the Nuremberg trials of 1945/46 or the Liu Xiaobo Nobel Peace Prize 2010 award. The furniture that came out of this project holds something of the historical importance of these moment that are, according to Tino, registered as abstract shadows, deformations or traces on the newly designed objects. In this way history functions as the main catalyst that is actually “Forming Furniture”.

Tino Seubert intends to raise consciousness since his pieces point out our involvement in the political reality that surrounds us and remind us of our responsibility. After all, as Tino points out, by sitting on the seat of a Nobel Peace Prize awardee, on a bench where a regime was accused of mass murder or around the negotiation table of the Vietnam War we become actors in an important political scene and finally “we are forming history”. We invite you to read his exclusive interview for yatzer and learn more about the stories hidden behind his fantastic furniture. Thrills are guaranteed!

How did you come up with the original idea behind your Forming History project?
At the beginning of December 2011, I started looking for important historical moments in which furniture was involved for my thesis at the Free University of Bozen-Bolzano. At the same time the photo of an empty chair in Oslo went around the world. I couldn't have found a better and more current example. With Liu Xiaobo being in jail in China and not being able to attend the ceremony for the Nobel Peace Prize in Oslo, the empty chair drew even more attention to the miserable conditions of human rights in China. The empty chair stood symbolically for the political oppression in this country and at the same time for the will not to accept these conditions just for economical reasons. That's why this photo seemed so important to me and why I thought it was worth it to be steadied in a furniture piece.

I personally find very original the idea to use historical moments and transform them to furniture. Could you tell us something about the Nuremberg bench?
During my research there was held a new exhibition in my hometown, Nuremberg, about the famous trials that took place there in 1945/46. There I saw the famous defendants’ bench and I had the idea of retaining this moment in a furniture piece. The trials seemed very important to me, not only because of the personal connection that I have to them given the fact that I come from Nuremberg. Being the trials for the biggest mass murder in human history and the foundation stone for the International Court of Justice in The Hague today, they are essential for the whole world.  The photo I refer to shows Hermann Göring and Rudolf Heß sitting on the defendants’ bench and discussing a document with Karl Dönitz who stands behind them. I chose especially this photo, because it shows three of the most important persons in the NS government together and because the constellation of the people on the bench gives a unique and very recognizable form.

The piece that certainly steals the attention is your Vietnam table. Tell us something about the story behind it.
I found this photo that shows the Vietnam conference in the Hotel Majestic in Paris in 1973, during which the contract to remove all American troops from Vietnam was signed. In my opinion the photo is so important because it shows more than the end of a war in a small country in south-east Asia. In fact the Vietnam War was a hot phases of the Cold War. The USA and the USSR were indirectly fighting a war against each other. Furthermore, as a consequence of not winning this war, America's foreign politics changed for ages. Politicians gave in to the people’s voice and stopped their imperialistic politics of intervening in other countries.

Are there any more historical moments that are candidates for future Forming History furniture?
I have found many interesting situations (mostly from the German history) during my research that can serve as an excellent inspiration for furniture like the Stammheimprozess in Stuttgart (1976) and the meeting between Gorbatschow and Reagan in Genève  in 1985 during which the end of the cold war was prepared. Another interesting historical moment is the Potsdam Conference (1945) in which the Allies decided about the future of Germany and the signing of the contract for the reunification of Germany in 1990. In the future I would like to look for more inspiring situations and realize some of the ones I have found until now.

What are your future projects?
Besides creating more pieces for the Forming History project and publishing it over a design gallery my future plans are to work in a design studio focused on conceptual design in order to get more insight into this field and then maybe apply for a Master in product or furniture design for the fall of 2012.