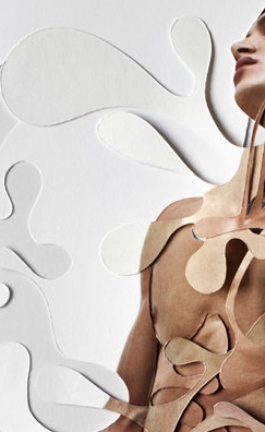 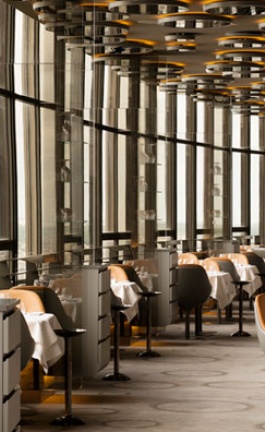 This house in the Pyrenees is an architectural gem that almost reflects the shape of the majestic mountains it is nestled in. The challenge the architects faced in this project concerned not only keeping the original integrity of the home intact but maintaining techniques that are typical of the area (such as the dry stone foundation and compact architecture with minimal openings). The task at hand for the re-design therefore centred on respecting the original integrity (the original structure and materials), whilst finding a way in which to expand, open, and create a modern and spectacular showcase fit for the breathtaking views surrounding the home.

Award winning architects Cadaval & Sola-Morales who took on this project are an acclaimed wonder in their own right. Originally founded in 2003 in New York City, the firm successfully opened offices in Barcelona and Mexico City soon after. Eduardo Cadaval & Clara Solà-Morales are unique in the way they approach design, exemplified in their company ethos: ''The studio operates like a laboratory in which research and development are seen as an important element of the design process. The mandate of the firm is to create intelligent design solutions at many different scales, from large scale projects to small buildings, from objects to city fractions.''

In terms of modernizing the Pyrenees treasure, Cadaval & Solà-Morales looked at the property’s two ''vertical containers'' that serve as the base of the home where everything else takes its cue from the ''vertical continuity'' that these elements create. Interior ''horizontal partitions'' serve as dividers that break up the large open space into two separate homes also serving to create viewing areas for the breathtaking nature that surrounds the structure. Keeping the beautiful original dry stone of the home intact, a  large opening was created to allow for views as well as natural light to flow into the ground level living and dining areas. The entire structure seems to be carved out of the mountainside so the addition of the striking roof is utterly modern, as are the sharp lines it creates against the backdrop of mountain peaks. Two large “planes” come to a 'V' at the peak, and an asymmetrical slope makes room for another opening that illuminates the room from above with natural mountain sun.

As in the case with so many modernization projects, the challenge lies in respecting and maintaining some of the old while bringing in the new. It is up to the architect to tell their story and find a balance, whilst showing restraint in how they preserve the inherent qualities that make a structure special. Looking at the finished product, it is clear to see the talents of Cadaval & Solà-Morales at work here. Once again, they have created a stunning work of architecture in this Pyrenees Home.