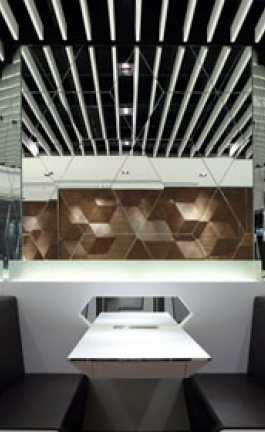 The shoes KRON by KronKron have a distinctive style, a flamboyant attitude and a true Icelandic nature. Their ladylike classiness and the elegant materials used carry an allure from a much-appreciated previous era as the production is done the old way by artisans from the city of Elda in Spain.

The name Kron of a supermarket in Reykjavik, the only one that existed back in the 90's in the capital became a source of inspiration for the owners Hugrún Árnadóttir and Magni Þorsteinsson who decided to take up the name and opened a shoe store in 2000. Later in 2004, they decided to open KronKron, which focused on young and upcoming designers in the fashion world. We discovered them during DesignMarch 2011 in Iceland.

The love they share about shoes is manifested in every single design. Coming from different backgrounds adds a further unique element to their stunning collection. Hugrún graduated, as a fashion designer from Studio Bercot in Paris and Magni is a hairstylist. In 2008 they started their own line of shoe wear and they recently added dressed and tights to their collection.

The shoes have clear and flattering colors and make an outfit just exceptional! They are utterly romantic and theatrical with many textures and bows. They also carry a nostalgic element from the past, which seems to reborn in a very contemporary way. Enjoy their collection, which is a revelation to the fashionistas world and to every woman with a funky taste and flashy attitude!