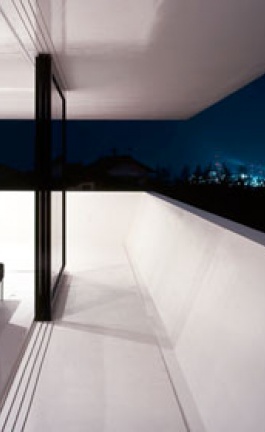 Modus operandi // a method of operating or functioning.

A chair, a typical everyday wooden chair; a functional object of utility which is used for sitting, which may be used as a “step” to reach up and get something from the cupboard way-way up, it can be used to hang your clothes on it, or even stack a pack of books and magazines because you just have no more space and they end up forgotten one on top of the other!

Instead Matylda Krzykowski, an official product design graduate of the Academy of Fine Arts in Maastricht since last Wednesday and editor in chief of our favourite matandme blog, presents a new “modus operandi,” where the chair, a classical wooden archetype chair is reinterpreted through a distinctive pattern of methods. Her obsession for clean-cut form and lines led her to create 13 archetypal forms which in first view relate with the common item familiar as the chair. Constructed with spruce wood, an expected choice for the 13 chairs, but what remains unexpected is her modus operandi. This utility item is used by humans and crafted by furniture makers for thousands of years.  Krzykowski unexpectedly distorts and extracts the functionality of each unique chair through her “modus operandi,” as she exerts and gains dominance over the chairs while transforming them to her conceptual design pieces.

She proceeds like a remorseful serial killer, with 13 victims, while demonstrating a hedonistic and sometimes crazed approach, before reassessing her ‘victim’, realizing her conduct and ceasing.

CHAIR 3 // burnt the third one

CHAIR 4 // wanted to break it and bring it to its knees; wanted IT to show respect

CHAIR 5 // buried; buried it alive as it was panting for air

CHAIR 6 // chained it; stalled its freedom; didn’t want it to walk away from her

CHAIR 8 // tarred and feathered it; wanted to experience how the people in the ancient world were tortured

CHAIR 10 // forgot, useless, got left outside

CHAIR 11// the beauty she worshipped; stroked it over and over again

CHAIR 12// grabbed ax and hacked it into pieces

CHAIR 13// let it in the pond for weeks; now took it out, it stinks

After she took it out she realized she had to stop for now, but she had to do it!  Her “modus operandi” is transparent in the sense that it speaks to the viewer through the theme which she has created while communicating the hidden meaning in an open, yet humorous way.