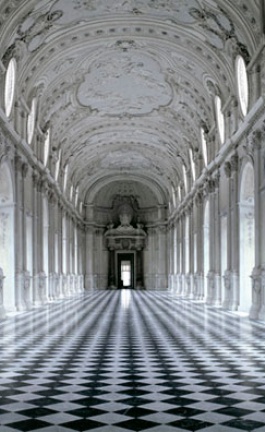 'I was drawn to music because of a coincidence and I also shied away from it because of another series of coincidences' says Nikolaj Lund, known for his series of photographic portraits of classical musicians. After being trained in classical music where he specialized in the cello for over 20 years, Nikolaj made a big professional leap and become fully dedicated to photography due to a neck injury. Yatzer did an exclusive interview with Nikolaj Lund to discover the witty musical mastermind behind these photographs. In his case, the lack of sound is totally compensated by jaw dropping images.

Danish-born 28 years old Nikolaj Lund is a semi-professional photographer based in the city of Aarhus, Denmark with two degrees from the Royal Academy of Music in Denmark, and the Sibelius Academy in Helsinki. The quality of Nikolaj’s voice has the musicality of a cellist; it is low and kind, without a trace of arrogance. His story is most related to a music career that was brilliant from the very beginning.  He picked up music at the famous Rudolf Steiner School and photography at the age of 14 years old.  ''Ever since I got my first camera I carried it around with me to concerts. I always enjoyed documenting whatever was happening around me – trying to capture musical moments''. Four years after he finished with his studies, he was devoted entirely to photography. Before he started portraying influential classical composers, such as Martin Frøst, clarinet, and Isabelle van Keulen, violinist, he had already started with his old colleagues. It never appealed to him to shoot inside a studio which he found to be rather limited and less inspiring. He still enjoys being outside, exposed to the surroundings and his own ideas that, are shaped on the spot.  ''If you want me to do your portrait, we have to do something different. We have to have fun''.

He also thinks that, there is so much richness in reality that he doesn’t feel the need to create manipulated images. When we quizzed him about what the music means to him, he tells us that ''music was the greatest path in my life'' and deeply engages us in to the conversation. In his early 20s, he had an accident which affected his neck. Although he lived in chronic pain from it, nevertheless, he kept on. The shock from that accident changed Nikolaj in other ways, too. It gave him a more honest picture of himself.  He became much more focused on photography and within a few months won the 2nd prize in a prestigious contest organized by Canon, as well as another photo competition in Brussels. Those were the highlights in his short new career, and also pushed him in the right direction. Since then, the reaction to his work has been overwhelmingly positive, as he realizes.

Nikolaj Lund’s work comes from a  conservative genre of classical music, yet with a sense of freestyle photography where his photographic virtuosity serves as a testament to his music passion. From the Renaissance onwards, classical musicians are almost like the strict and solemn children in the music field. It’s even more difficult to find a creative portrait of them which is less secular or liturgical. Nonetheless, Nikolaj has his own interpretations, creating the ultimate classical music paradox. In one sequence, one of the most wanted cellists in the world, Toke Møldrup is wearing his full tuxedo, while holding his cello and bow jumping backwards in to the ocean to result in an epic pose. ''This cello was very cheap and as a matter of fact, it sounded much better after the jump'', Nikolaj throws back his head in laughter.

He manages to convince musicians to throw off their bows, sway their violins through the Sahara desert and play with their string or brass instruments. Taking them outside their natural environment and photographing them completely out of context, he confesses that there are some classic musicians, who are not so self-conscious about themselves; however, he wouldn’t hurl everybody in the water.

''It has to match their personality, too'', he explains. Needless to say, that we end up admiring both the musicians and him. And his photographic commissions keep rolling in from all over the world. Yesterday for instance, a Spanish pianist called him saying that he wanted to go all the way to Denmark to do a shoot with Nikolaj. The best thing is when he receives a mail from a client saying that he is super satisfied with his work. ''I can live upon this for a few days'', he seamlessly admits.

Then, a female violinist with short red hair is depicted tossed around on a square photo with a white background. We might wonder about the perspective this photo is taken from and where the photographer is standing to take it. Is he trying to establish a dialogue between the musicians and their instruments?  He elaborates, ''I am really just trying to have fun and to do something different breaking down the borders of how you should do things or how you normally do things. I like playing with every perspective''.

Last but not least, Nikolaj Lund states that ''A good picture for me is one that has impact and is technically good and also, keeps the viewer’s attention''.