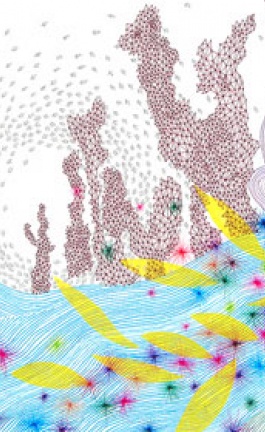 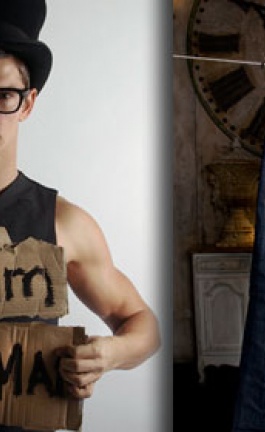 Not very far from the main design idea of the Gama Issa House, Marcio Kogan leaves us amazed once more, but this time with Osler House.  Osler House is located in Brasilia, the capital of Brazil, a city which is a world reference for urban planning. It is very similar in the following with Gama Issa House, basically, we still have the parallelogram box, but the second top part of the box is enlarged in dimensions from its base and is pivoted and rotated to a 90 degree angle.  Osler House basically forms the letter T when one looks at the site plan.

The plan of Osler House is arranged by a ground floor parallelogram volume, a suspended volume and a deck with an outdoor pool.  The concrete and wooden base volume houses the master bedroom, another bedroom, bathroom, laundry room, the utility area and the garage.  The vertical wooden shutters offer a natural light filtration while letting the sun shine in.  However, they can be open out entirely to connect the interior with the exterior, and furthermore bring more natural light and cross-ventilation into the house.   These vertical wooden shutters are evocative of other elements which are commonly used in the modern city.

A small foyer in the entrance of the ground floor connects with the upper floor through an internal staircase.  The upper floor which is organized in a reinforced concrete and glass volume accommodates the living room, the kitchen and a small workspace.  The pivoted upper volume of the house is supported on the ground floor volume and on pilotis on the other.  The rotated volume of the first floor creates a shaded area over the ground floor volume.  The living room, the kitchen and the workspace have a spatial continuity in the area.  At human eye level the visual transparency in the interior of the house is uninterrupted.  The living room with the kitchen is separated only by a table which is used for food preparation.   When the glass panel windows are open the inside becomes the outside and vice versa as a garden terrace extends the exterior living space.  Basically, the garden terrace is the roof of the ground floor.  An outdoor staircase connects the deck alongside the pool to the upper garden terrace.

One of the most important elements of this house are the tiles in a panel wall by the entrance which were especially designed by Athos Bulcão right before his death making Osler House probably his last project.  Athos Bulcão (July 2, 1918 – July 31, 2008) was a Brazilian painter and sculptor.  Athos Bulcão assisted Candido Portinari with the "São Francisco de Assis" painting at the Pampulha Church, in Belo Horizonte in 1940. Later on, he moved to Paris, where he lived until 1949, and then decided to relocate back to Brazil.  He became one of the collaborators of the construction of Brasília, taking part in several of Oscar Niemeyer's projects.   His tiles are in most famous classic buildings in Brasília including and not limited to Planalto Palace, Itamaraty and the National Theater.

The exquisite architecture of Osler House is composed of two perpendicular reinforced concrete volumes, a pool and a beautifully landscaped garden which organize it.   Significant parts that make up this architecture are the classic yet modern tiles of Athos Bulcão along with other designs of the modern city; the large glass panel windows, the large wooden shutters, the concrete, and the landscape.

Truly, a stunning house to live in!