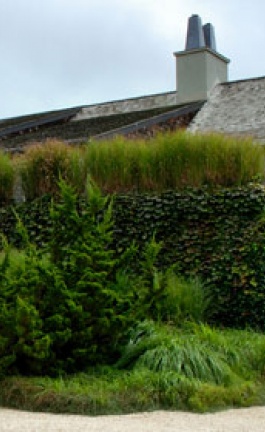 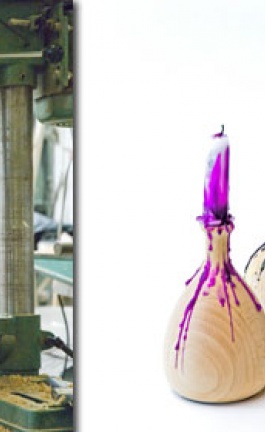 The Minerals Collection by Lazerian

dagli+ atelier d’ architecture designed the new head-office of Invik Bank in Luxembourg.  The building was named “POLE NORD” (North Pole) and basically the entire concept of the building design is derived from its former name.  The historic building was known to the people of Luxembourg as “POLE NORD”; it has been used in the past as a hotel and later during World War II it became a cabaret. Therefore what else seemed more reasonable to the architects than to continue the design of the new building as “POLE NORD” and to merge it into a unique design concept.

When you start thinking of the word North Pole immediately images of ice, cold, snow, white, polar bears, sharp edges with glaciers and maybe Santa are what first come to ones mind.  dagli+ atelier d’ architecture didn’t stay far from the images that usually come to our minds.  The façade and the interior with its cutting edges reflect a bizarre ice world.  The façade seems to have ice blocks which seem to break out of the main façade as a bulk of ice would; the shapes and the color scheme imply this.  Icicles which are printed on the double cladding magnify the solid white color scheme and add a selection of layers that help create a neutral elegance.  The eave is left intact and integrates well into the surrounding environment, as the design is not something overly extreme.  The ground floor is designed as a dark color platform; this provides a rougher image of the massive ice blocks to protrude from the façade.  To make this building an efficient energy saving one dagli+ atelier d’ architecture has used double cladding in the main façade to reduce overheating during the summer months and reduce heat loss in the winter.

The “POLE NORD” design concept is visible also in the interior of the building, continuing to the glass elevator and the polygonal openings (icebergs), the cool fluorescent lighting on the ceiling which crosses over strongly reminds us of the breaking ice floes.  The consistent white color scheme throughout the entire building vividly reproduces the natural environment of the North Pole.  Even the red letters which run along by the elevator remind us of the candy cane (red and white) symbolism which is found where Santa lives right at the North Pole! Even the bathrooms with the sand blown glass which give off an ice-color appear as if they have been directly cut out of the ice.   Furthermore, to be honest when I first saw the pictures of the building interior I strongly felt that the staircase railing was totally out of place, but once I read the name of the building and the concept behind its design the simple iron staircase railing does make sense as it reminds us very much of the simple railing we’ve seen in Santa’s workshop.

The upper floors of the office building contain office area which is organized around the central elevator and the staircase.  The usage of removable glass screens keeps the office arrangement flexible.  The communal areas in the central area of the building are used for interaction and communication.  Air-handling ceilings help maximize room comfort in the office area.  dagli + atelier d’ architecture renovated the “POLE NORD” with an innovative design concept as it approached the project with their proper idea of office design: melting architecture with their clients’ corporate design into something inspiring new. dagli+ atelier d’ architecture confirms its office philosophy through the success of other projects_ AKbank N.V. (images below) in Amsterdam which recently won the “Best Architects 10” award.