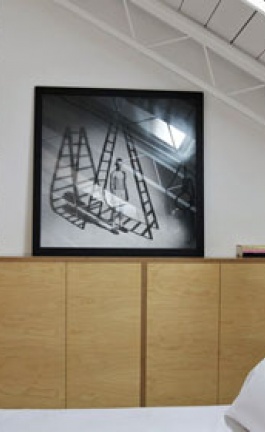 Coming so close to the end of the year we found it our obligation and our pleasure to invite you to a birthday party…a birthday party for a chair which despite its age will never grow old and we will never ever get bored of it!  The Panton Chair by Verner Panton celebrated its 50th birthday//anniversary in 2009 as it reached the half century mark.  It’s amazing to see how many technological and design changes and advancements occurred within these fifty years however this chair remained faithful to its original design.

Undoubtedly, the Panton Chair is Verner Panton’s widely recognized and perhaps most significant design.  Its form today may seem recognizable and ordinary as it has been on circulation for the past fifty years, but we have to admit that it holds a rather unusual and remarkable form even for today’s standards.  The innovation and the production technology related to this chair have righteously made it an iconic chair in 20th century design.

Verner Panton, a protégé of Arne Jacobsen had been experimenting with the idea of the Panton Chair since 1956 as he sent his design to a furniture competition held by furniture firm WK- Möbel.  Panton clearly depicted the design which would be finally given to this iconic chair in his 1958/1959 sketches.  Some time later the same year he continued into creating a full scale model of the chair which was originally made from polystyrene, but was not suitable for sitting on; nonetheless, this model chair along with his sketches would help Panton find a manufacture.

However, in 1959 the chair which was conceived was the first cantilevered single form molded plastics chair which was created by one piece of material.  It is important to note however that it wasn’t until the early sixties that Panton contacted Vitra and decided to develop the chair to the production series of the Vitra collection.  From 1965 to 1967, Vitra and Panton worked closely together to develop and perfect this unique chair and it wasn’t until August 1967 that this iconic chair was unveiled before the eyes of the public.

The all time classic stackable S-shaped chair has enjoyed periods of glory and splendor trend-setting times throughout its manufacturing despite the change in materials.  The chair has been produced in four different versions from different types of plastic and with the aid of different types of production technology.  The reasons for the change in material were both financial and aesthetic; all versions were developed in close cooperation of Vitra and Verner Panton.

The Panton Chair has definitely been our favorite; now it’s also children’s favorite chair!  I guess that even after 50 years we’re thrilled with its single form design, the sleek yet elegant shape, the idea that it is stackable, the vibrant and cheerful colors and the smooth curves.  We’ve seen them in houses, in nurseries, in hotels, in restaurants, we’ve even seem them in a church by Qubus and a Music Hall by Zaha Hadid …that’s what makes this chair always so unique yet, so ordinary!

The production history of the Panton Chair is as follows:

1959: the concept of Panton chair is born

1971-1979// Third series model made of colored thermoplastic polystyrene (Luran S). The chairs made of this material can be identified by the ridges below the bend between the seating area and the base.  Manufacturer: Vitra; in the USA until 1975 Herman Miller

1983-present day// Second version of the chair made of painted polyurethane rigid foam. This series can be identified by Panton's signature on the base.  Manufacturer: 1983-1990 Horn on behalf of the WK Group; since 1990 Vitra; since 1999 this model has been marketed under the name Panton Chair Classic.

2005-to present day// Panton Junior made of colored polypropylene (a smaller version of the Panton Chair made to scale for children from the age of three).   Manufacturer: Vitra