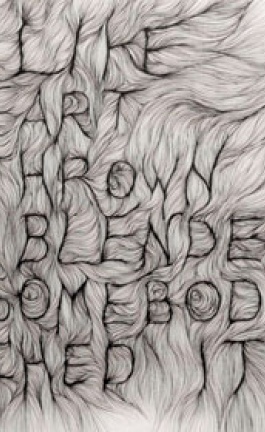 5,134 items and one water cooler were items which were saved by droog and presented in venue 466 during Salone del Mobile 2010 in Milan.  In total these 5,135 items were purchased and “saved by droog” from liquidation sales and other leftovers.

Droog values what it means to be human; the company which has defined Dutch design internationally in the past several months bid on liquation auctions and acquired the total of these 5,135 items.  These items were acquired from companies in the Netherlands which go bankrupt; according to droog approximately 500 companies in the Netherlands go bankrupt every month. Keeping itself loyal to standing out for luxury of content, droog invited 14 designers to re-interpret these 5,135 items which totaled in 19 different products.

2,500 handkerchiefs, 720 cola glasses, 500 matchboxes, 448 wallets, 200 saltshakers, 168 plates of glass, 102 wooden spoons, 100 candy pots, 90 flower pots, 80 folding chairs, 60 sets of cutlery, 50 safety vests, 40 glass vases, 20 dish towels, 14 dog baskets, 11 cups, 10 small bowl sets, 8 mirrors, 6 wooden trays, 4 metal trays, 2 bar stools, 1 dinning table, and 1 water cooler were the items saved!  When these items were re-defined through a stylistic design intervention a new collection of 19 products resulted.  An art-povera approach in re-using leftovers with many surprising outcomes was presented.  The items could be directly purchased from the exhibition site, while the new proud owners of the items saved by droog were taken pictures with their re-interpreted design objects.  Stylistic revivers of the products were working right before our eyes to give a new life to the items saved by droog.

Furthermore, we would like to name just a few, as we couldn’t describe each and every product which has been transformed by droog and given a second life.  Please note that the projects which have been selected have been randomly picked.  168 plates of glass, 100 candy pots and 40 glass vases were re-interpreted in a synthesis called “Glass Arrangement” by Atelier Remy & Veenhuizen into a still life centerpiece ready to host our edibles.  500 matchboxes became “Three Stars Bomb!” by Atelier Ted Noten.  By using wax, wick, bronze and of course the matches Ted Noten created a three star performance!  Once you ignite the bomb candle with the matches watch the three bronze stars as they appear.  14 dog baskets were transformed into a “Fun-for-dogs trolley” by Ed Annink; don’t you think our beloved dogs need assistance some times, especially the ones which are disabled?

…and last but not least 100 Blue Containers // 90 flower pots, 6 grey wooden trays and 4 metal trays // these items were not selected by any designer, therefore droog decided to pamper them and give them an extra special treatment.  The items were wrapped in flock coating in an attractive cobalt blue hue.  I have to admit that they did look charming!   Saved by droog was an interesting approach in presenting the second life which every product deserves and after all in making us aware of the economic problems which companies in the Netherlands face.  We know this problem exists throughout the world but it is always nice to see a company support other companies within its country.

greek green greet // Droog in ATHENS,GR
4 June 2010-25 July 2010
Droog is preparing a workshop//exhibition in Athens*GR in collaboration with workshop-Dionisis Sotovikis SA and Mariolopoulos-Kanaginis Foundation for the Environmental Sciences and the Benaki Museum.  The workshop//exhibition greek green greet by droog is the largest Droog exhibition in the world since 2007, so stay tuned if you interested in participating in this event.