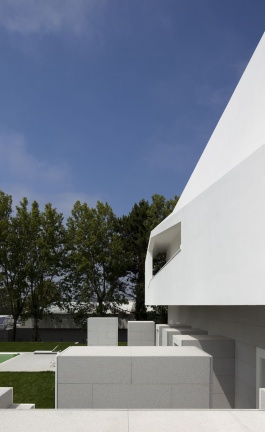 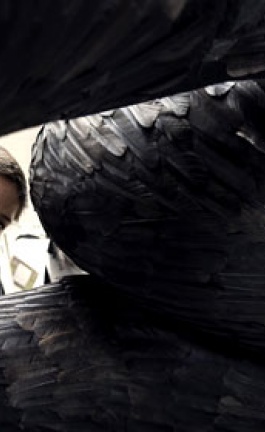 McGinley’s works focus highly on youth, liberation and the joy of losing yourself in the moment.  His images prevail a sense of freedom, discharge, impulse and spontaneity.  McGinley’s work documents the urban adventures of his downtown Manhattan friends to his subsequent cross-country travels in utopian environments throughout America to his most recent studio portraits.

What I personally find stunning about McGinley’s work is the contradicting elements; the rich in color, dream-like compositions in majestic, yet out of the ordinary locations.  These elements create surrealistic compositions, where the images portray a great sense of intimacy, lack of restrictions and self-determination despite the odd setting in which he sometimes places his subjects in.  His elaborate and meticulous process of photo-making produces moments of awe-inspiring beauty: naked feral kids poised in blissful abandon.

The selection of works which will be exhibited are most likely his most cinematic yet.   The photos have a dream-like, action-film-like quality, with people ricocheting through mysterious spaces, a couple staring up at an apocalyptic sky, figures falling from trees in wet darkness. They’re dramatic and moody with an unknown captivating depth, full of storms and rushing rivers and night skies.  The lack of clothing and other contemporary signifiers along with the archetypical landscapes give the photos a sense of timelessness in which the viewer can project his or her own story.

McGinley’s work has progressed throughout the years, from document reality to creating settings with choreographed situations.  The photo-making process requires the thoughtful staging and directing, in striking bucolic scenes, with an increasingly cinematic tone.

ABOUT Ryan McGinley //
Ryan McGinley is an American photographer living in New York City who began making photographs in 1998. In 2003, at the age of 25, McGinley was one of the youngest artists to have a solo show at the Whitney Museum of American Art. He was also named Photographer of the Year in 2003 by American Photo Magazine.  In 2007 McGinley was awarded the Young Photographer Infinity Award by the International Center of Photography.  McGinley’s photographs are included in the collections of The Solomon R. Guggenheim Museum, the San Francisco Museum of Modern Art, and the Museum of Fine Arts in Houston, the Smithsonian National Portrait Gallery in Washington D.C., and many others. The 33 year-old artist has had solo exhibitions at the Whitney Museum of Art and at PS1 in New York, at the MUSAC in Spain, and at the Kunsthalle Vienna. Last year McGinley had solo gallery shows in San Francisco, New York and Athens.