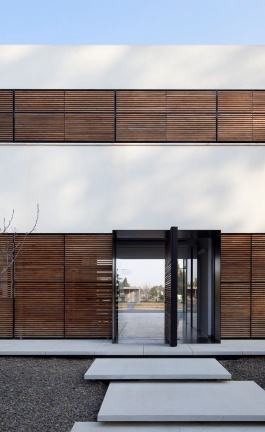 SOMF, a genius Athens-based brand headed for world domination, has very little to do with sororities. It actually stands for Sofia, Olivia and MariaFlora, the founders’ initials, but is permeated by girl power through and through – the kind of girl who loves her tattoos and is thoroughly amused by the discovery that SOMF is also porn lingo for ‘Sit On My Face!’ Like two sides of the same coin, Olivia and Mariaflora - Sofia is an honorary member of the pack - met at a club in the mid-90s and instantly bonded over music, mags and fags. OK, we don’t actually know if they smoked, but they’re like the best friends you never had, sticking together through thick and thin, even though a move to the UK eventually saw them drift apart.

Mariaflora [Papapanagiotou] headed for Central St Martin’s to study fashion design, while Olivia [Efstathiou] opted for Warwick, hoping to launch a career in graphic design. Four years later, as Olivia returned to Athens, Mariaflora firmly lodged herself in Christopher Kane’s Dalston front room, shortly before he was catapulted into worldwide fame. Which is probably why she has no problem working and living in the same space, although we did catch the girls halfway through a much-needed move to a brand new studio.

''I returned to Greece in 2008 to start my own business and initially considered getting into intimates. I’d maintained very few contacts back home and Olivia happened to hear I was looking for a pattern maker and got in touch.''

Apparently not much had changed. Music was still the center of their universe and soon they were fantasizing about getting full sleeve tattoos, although the possibility of getting that much ink past family and loved ones was rather slim. So they decided to get them printed on flesh-colored stretch fabric instead.  Their tattoo tops and tights were a big hit with their friends and even managed to fool random acquaintances into thinking they’d had the entire length of their arms and legs inked for good!

Taking the no-budget route, the girls launched their entirely self-funded first collection in local pop-up markets, screen printing and sewing everything by hand. It was hard work, considering they both had day jobs to keep up with and the Greek financial crisis to worry about, but they knew they had something special: an unshakable friendship and an unmistakable signature. Influenced by mysticism, the occult and lost civilisations, they worked ritualistic symbols into their skin-tight embellishments, branching out into a variety of fabrics, from denim to leatherette. Silhouettes were kept simple and understated, building the foundations for a consistently wearable line you could easily mesh with your existing wardrobe. The deepening credit crunch did little to shake their determination, although it did force Olivia to move back to the UK. ''I left because I didn’t have a choice,'' she says. ''In order to keep SOMF going, we both have to come up with money from other sources and I needed a day job that could provide that security.'' Skype soon became their best friend, although they still had the luxury of spending one week per month joined at the hip.

Six seasons down the line, they’re still more concerned about building brand awareness than making money, and vow to keep manufacturing local and prices affordable. Steering clear of mass production, they currently have stockists in Greece and the US and will soon be heading to Paris to introduce their latest wares to potential clients from their very own showroom. ''It’s hard for buyers to trust you, because Greece is in such a volatile situation right now. On the other hand, fashion is reaching beyond the four industry epicenters (New York, Paris, London, Milan) into more uncharted territory, like Spain and Brazil, and Greece will hopefully be part of that. So the fact that we incorporate homegrown references into our clothes commands a certain amount of attention.''

Growing slowly and organically, their line has started embracing some more editorial pieces with an eye to timeless designs that can transcend trends and infiltrate wardrobes of every description. ''There’s a prevalent 90s nostalgia that will inspire us for the rest of our lives, because that’s when Athens was at its best,'' says Olivia.

''Our bodycon silhouettes are straight from an era when you could walk down the street and instantly recognize your tribe. If someone was wearing Adidas Gazelles, you knew he was a shoegazer and buying music mags and vinyl was the most important thing in their lives. We’re still in that same mood, only now we want to create our own tribe: the SOMFettes!”