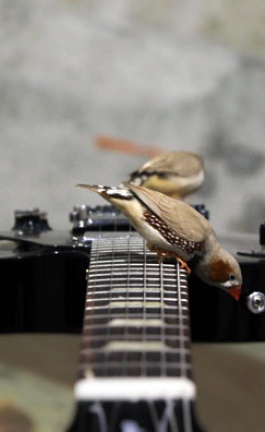 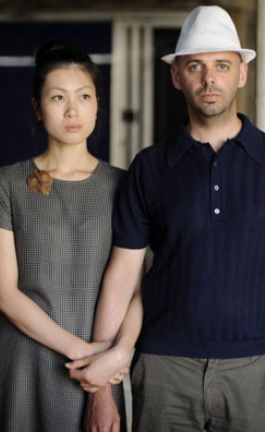 Eastern Design Office recently completed a ‘typical’ tenanted apartment house with seven rooms in the Youkaichi district of Shiga’s prefecture in Japan.  A unique flatiron structure which will definitely have all eyes set on it.  According to Eastern Design Office, the structure is like a castle narrated in one of Michael Ende’s fantasy stories - where boys and girls enter this triangular building which is configured by square elements in a pleasing atmosphere.

The Youkaichi district of Shiga’s prefecture in Japan is a mixed use zone – industrial and residential.  Youkaichi is the home of many big factories, as well as the house to many immigrants from South America who live among the locals.  The project which has been designed as a ‘typical’ tenanted apartment house with seven rooms is a rather unique building within this mixed-use zone.  But what makes it so unique is the architectural design which was shaped because of the unusual acute-angled triangular property.  The once abandoned wedge-shaped flatiron lot positioned at a corner where two streets meet at an acute angle was left behind; no one wanted to buy it for several years because of the difficulty to construct a residential or industrial development.  On the other hand, nor would the public sector invest in it to change it into a park; the lot remained bereft of life for a long time.

Anna Nakamura and Taiyo Jinno of Eastern Design Office were assigned by TOYO-KAIHATSU Co., Ltd. the design of this tenanted apartment house.  As you can understand with their experience, the architectural design of this structure was a piece of cake; both metaphorically and literally.  In floor plan the building takes the shape of the acute triangular plot resembling a piece of cake or even New York’s Flatiron Building (aka Fuller Building).  The triangular residential complex is restricted by zoning laws to 13 meters in height with the base line 23 meters x height 12 meters x oblique line 26 meters, yielding four floors.  The tenanted apartment building is considered typical according to Japanese standards and includes a total of seven units; two on each floor from the first floor to the third and one sole unit on the fourth floor.  The entire tenanted apartment house has a total floor area of 567 square meters in a 261 square meter plot.

The seven units which occupy the four floors each have their individual living rooms and bedrooms with prefabricated bathroom, kitchen and toilet.  Each roomãis composed of a 13 sq. meter living room, two bed rooms 13 sq. meters and 9 sq. meters respectively, a prefabricated bathroom, a kitchen system and a toilet.  The units have been planned in such a manner to be easy to rent for the locals.

The ‘flatiron’ structure was constructed with concrete as the basic construction material; other than that specific materials were not used.  The facade wall is made out of square cut stone, concrete and glass formed like scattered cards bound by a “cross” so that the spread out material would not disjoin.  The ‘flatiron’ structure ''looks like a present, a toy box or a castle where the boys and girls of the story of Michael Ende could be entering. It is a triangular building configured by the square elements. The cross confines the power of the mixed materials into one.''

The façade layout and materials are reminiscent of Bauhaus design, if you disregard the shades of the light blue façade.  A mix up of stones, concrete, and glass and of mass and void create fine volumes and cutting edge design.  The keen edge of each material applied is sharp, as sharp as the ‘flatiron’ building itself.  The design “on the corner” consists of blue and the cross.  A composition of line and plane surface is created by the clearly distinguished edges of the material. ''The edge of the triangular pyramid is like a wrecked boat, a fictional tip of a boat as if it were escaping from town.''

Eastern Design Office opts to highlight the discarded lot from the urban framework by emphasizing its shape - the building architecture similar to that of an illusion. An illusion which the locals favor as their reality is similar to that of an illusion.  The architecture deceives people to obscure their eyesight and feel invited to another world.  It is pretentious, yet it is surrealistic too.