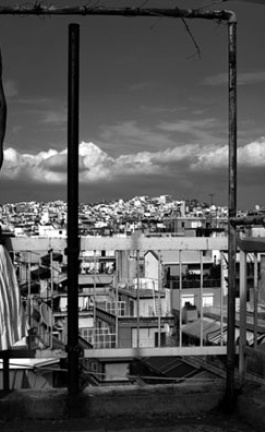 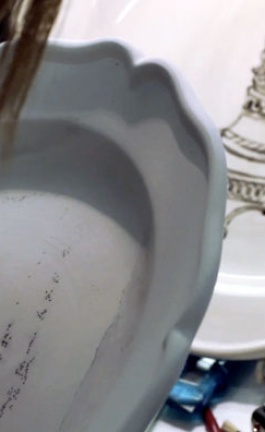 The Opera Garnier’s first ever restaurant has opened in July 2011 and has become Paris’ toughest reservation. After three attempts over the last 136 years, Charles Garnier’s wish was granted and in his words, ‘a restaurant worthy of my Opera,’ has been completed.  The architectural office of Odile DECQ Benoit CORNETTE - Architectes Urbanistes was assigned to the project after a contest and the project was completed within the space of three years (2008-2011).  The Phantom restaurant is located at the Opéra Garnier, more commonly known as the Paris Opéra, a 1,600-seat opera house on the Place de l'Opéra in Paris, France, which was the primary home of the Paris Opera from 1875 until 1989.  The grand building designed by Charles Garnier in the Neo-Baroque, or "Baroque Revival" style (it is also said to be of the related Second Empire style) was and is regarded as one of the architectural masterpieces of its time.

The name of the restaurant pays homage to where “The Phantom” was born.  It all began with the water, where Parisian workers attempting to place concrete foundations for a grand, 2,200-seat opera house in the center of the city were bemused.  12,000 square meters of land had been cleared, yet a never-ending flow of water bubbled up from the newly cleared ground and no one could do anything to stop it.  Thirteen years later however, the architect Charles Garnier’s neo-baroque masterpiece, Le Palais Garnier, was finally complete, but rumors of a vast, fish-filled lake swirling beneath the building endured.  The rumors and the facts were the inspiration for the gothic love story ‘The Phantom of The Opera’ by Gaston Leroux.

Architect Odile Decq of Odile DECQ Benoit CORNETTE - Architectes Urbanistes dealt with many constraints during the design process; it was forbidden to touch or alter the original structure as the restaurant needed to be “reversible”.  All the facilities, piers, mezzanines and equipment were integrated into the site without altering the stone structure, pillars, walls or ceiling.   Working with such limitations and standards applied to French historic buildings is challenging, to say the least. So as there is no visible structure, the restaurant hovers above the ground, which by the way increased construction costs to six million Euros!  Like a ‘phantom,’ the soft protean curves of the mezzanine float above the space covering it with a surface that bends and undulates.  The mezzanine level provides for a capacity of 90 people due to the limited space which led to the creation of a continuous surface.

On the other hand, the restaurants façade is an undulating glass curtain, sliding between the pillars. Although there is no visible structure to hold the glass, the glass is kept in place by a single strip of curved steel which runs along the arched curved ceiling.  The steel strip is affixed to the upper cornices of the columns with stainless steel connection rods; therefore, the six meter tall glass seems to be magically positioned.  The uninterrupted glass curtain allows for transparency and clear views.  Recessed within the historical building, visitors pass the facade's original pillars to enter the undulating interior.

The contemporary addition compliments the classical details of the vaulted stone ceiling without altering history.  Narrow columns extend upwards towards the molded plaster hull, which curves to form the edges of the handrail. This vessel, which has been slipped under the cupola, is almost like a cloud formation hovering between the existing elements of the room without touching them suggesting the changing form of the phantom, whose white veil glides furtively within the space.  The large floor plate is suspended with concealed steel plates and a glass wall encompasses the interior isolating the space from the existing shell.  The wafting white structure touches down to the lower level producing integrated organic supports.  The striking red Poltrona Frau chairs, bench and floors produce a theatrical character reminiscent of the phantom of the opera which was once performed within the auditorium.

The design idea for this project is based around creating a space that will highlight the restaurant inside the Opera Garnier, without mimicking the existing monument, respecting it whilst affirming its truly contemporary character.