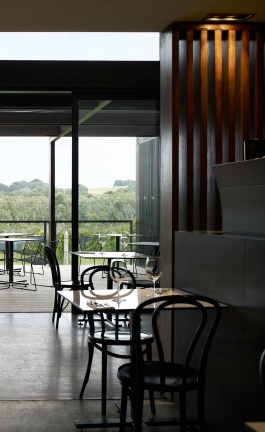 Spring has finally reached the UK (well, kind of) and it's time for ThreeD, the Boxbird Gallery’s latest exhibition as part of the Brighton Fringe Festival. And director Simon Armstrong's series of shorts to promote the exhibition are sure to put a Spring in your step.

ThreeD brings together Tom Frost, Helen Musselwhite and Graham Carter, three of the most exciting and prolific illustrators currently working in the UK. Despite their individual, different styles, these three artists bring 2D illustration into the third dimension with a new and exclusive collection of sculptures, papercuts and boxed art.

Helen Musselwhite is revered throughout the illustration and craft industry for her intricate paper cut sculptures which are made by hand, through painstakingly cutting hundreds of pieces of paper to create 3D worlds ranging from the den of a sleeping fox, to the cityscapes of London. Graham Carter is one of the UK’s most prolific illustrators and his work is highly recognisable both for his commercial projects with  a long list of commercial clients including Orange and Waterstones, as well as his whimsical and inspiring exhibitions. Tom Frost's prints and products have a retro edge and hark back to the bold and much loved designs of the 50's. With such different bold styles and characters, it'll be exciting to see how their work fits together, making ThreeD a highly eclectic and experimental exhibition that’s bound to offer some surprises.

Simon Armstrong, Creative Director of critically acclaimed Animation Studios Ticktockrobot, has been working with the artists to produce three viral animations which will be released across all social media networks in the lead up to the exhibition. This tryptic of colourful short animations are a real feast for the eyes, showcasing the potential to create mesmerising 3D images through animation. They're fun, experimental and charming and the perfect antidote to a long winter.

Commenting on the fact that this is the first time that Helen Musselwhite’s work's been animated, Armstrong explains, ''Working with Helen’s unique paper cuts has been a brilliant challenge since Helen's work is purely hand craft and not digital. It's this classic approach that is part of what makes Helen’s work stand out, so I wanted to embrace and play with that in the animation. Using paper as the inspiration, rather than computers and their abilities, I approached the piece thinking how would we do this if we had the time to do it in stop motion? Hence all the motion is sympathetic to stop frame movement and the pop up, origami and folding of paper.'' Simon Armstrong who will also be giving a talk during the exhibition has certainly tickled our taste buds with his short films.

On show from the 3rd till the 29th May 2013, the Boxbird Gallery awaits to celebrate the arrival of Spring with the blooming ThreeD paper art exhibition.

A set of stings to highlight the Goodwood Revival Festival 2012. Directed by Simon Armstrong, Designed by Tom Frost, Produced by Ticktockrobot.