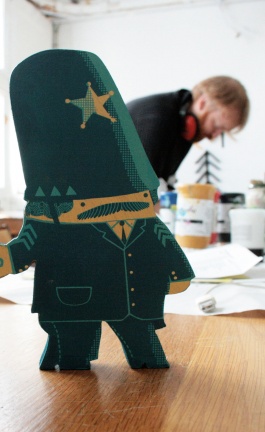 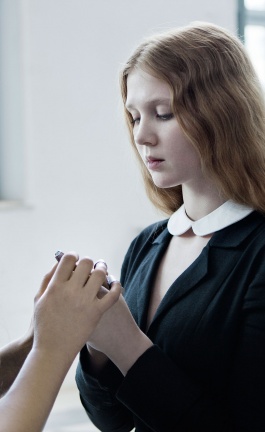 Most celebrated for his tubular steel furniture and bold imposing architecture, Marcel Breuer (1902-1981) has marked the history of design. Curated by the Vitra Design Museum (Weil am Rhein, Germany), the exhibition of Breuer’s work currently in Paris at the Cité de l’Architecture et du Patrimoine, is the first retrospective to give equal merit to Breuer’s work in both design and architecture.

The exhibition traces Breuer’s success through his particular ability to recognize the potential of materials that had never been used in furniture design before. The designer’s big break came in 1925, with his avant-guard line of tubular steel furniture, which was inspired by the Dutch De Stijl movement. The most iconic of his designs, the classic tubular steel ‘B3 Wassily’ and ‘B9’ chairs (Breuer’s first commission for Bauhaus), just go to show how radical his creativity was. His later pieces made out of wood and aluminium are also on show.

Although Breuer reached worldwide acclaim for his furniture, he was always fascinated by architecture.

''My intention was, with regards to my projects, to take a path that led to volumes that would always increase. That’s the reason I first focused on smaller elements, like chairs and other furniture…I then went from furniture to private homes…'' he wrote in a letter to Ise Gropius, (March 1932). The exhibition traces his transition from furniture design to architecture, bridging the gap between the two.

Originally born in Hungary, Breuer went on to establish himself in New York, where he opened an office in 1956. It is during this time that he really developed his architectural style. His way of playing with concrete, unarguably heavy and ugly, resulted in vast unusually shaped buildings, some bold and imposing, others light and full of movement.

Marcel Breuer started with designing private homes, and went on to design churches and museums. The Robinson house is an example of his most innovative binuclear houses. ''The landscape shows through the building… (But) I don’t think that the two need mix…'' Breuer commented in an interview at that time.

Twelve of Breuer’s architectural designs are showcased, including the Church of St Francis of Sales, Muskegon, Michigan (USA). One of the architect’s most acclaimed designs, the building’s tall fluid, twisting lines marked the history of architecture as this unprecedented style had never been seen before. Hedrich Blessing’s black and white shot of the building shows off its fluid twisting curves that bring life and weightlessness to the construction. In contrast, the iconic New York Witney Museum of American Art is imposing and masculine in its angular lines. Another of his most emblematic designs includes Saint John Abbey, Collegeville, Minnesota (USA). Audacious in its monumentality and grotesque form, the building has undoubtedly marked the history of architecture.