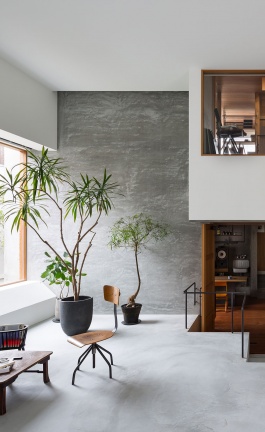 House for a Photographer in Shiga, Japan by Kouichi Kimura Architects 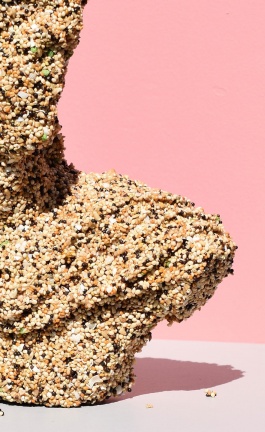 Adam Lister’s new print series, ‘Art History 101’ is an insightful look into the collective memory of culture and arts through a modern lens.

Adam Lister studied at New York’s School of Visual Arts where he graduated in 2003. Through his work, he found a way to explore his love for 8-bit graphics by creating watercolours with pixel-like shapes. Previously, he explored figures from popular culture with his digital stylings, representing characters from the television and movie world. These include portraits of ‘Star Wars’ characters like Yoda and Princess Leia, and scenes from ‘The Godfather’. Now Lister has moved towards the topic of art history, which is something he holds a deep passion and respect for.

‘Art History 101’ deconstructs popular artworks throughout history and represents them as minimal watercolours with pixelated forms. Lister has recently released a full range of prints covering the bulk of art history. From Michelangelo’s ‘David’ to Edward Hopper’s ‘Nighthawks’, the series is an exploration into the compositions, colours, and shapes that have defined the art world.

There is often a stigma surrounding video games and pixel art which can be disregarded as childish and therefore less valid. The 8-bit stylings in Adam Lister’s work however make us question why we hold these assumptions. The video game inspiration relates his work to the childhood memories of many, connecting to generations of video gamers and eliciting a warm response tinged with nostalgia. Lister’s work showcases his ability to combine two worlds together by linking this feeling of nostalgia to familiar images of historical artworks. He is connecting the joy of saving princess Zelda on Nintendo 64 to the depth and sincerity of Van Gogh’s portraits, the thrill of blowing up asteroids on an Atari to the chaotic elegance of ‘The Birth of Venus.’ He’s smudging the lines between the arts and gaming worlds.

Classical art was influenced by mathematics. This was further explored by artists like Michelangelo and Leonardo Da Vinci during the 16th century Renaissance. Working with pixel-like geometrics to recreate forms is also heavily based on mathematics. Adam Lister furthers his connection between the past and present views on art by rejuvenating the way mathematics is used to create forms, by attacking light, perspective, and form with sharp-edged shapes. Lister’s unique forms are indicative of his willingness to compromise with different eras of thinking in art to make them work within his own style, further exemplifying how his work connects with different generations of artists by re-appropriating traditional mathematical techniques.

Adam Lister’s series ‘Art History 101’ abstracts the familiar through forms of popular culture, connecting aspects of modern and historical design together, and bringing a childlike youth to traditional images. His geometric forms are mathematically constructed and emotionally connect with an audience to bring worlds together.

Prints are available in various sizes and start at $40.