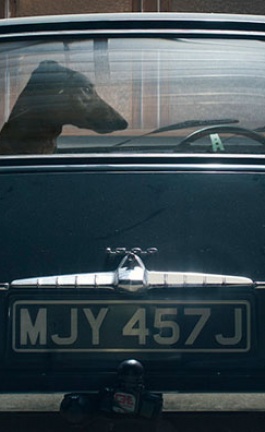 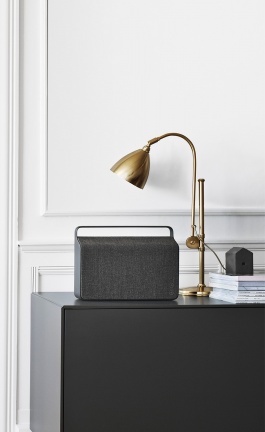 The ‘Copenhagen’ Portable And Wireless Speaker by Vifa

Why is the main course in our in-flight meal usually swimming in sauce? And why is there never enough leg room in economy class? These, and other more serious questions regarding modern day air travel are just some of the questions addressed in a recent book from Laurence King Publishing titled ‘Airline: Style at 30,000 Feet’, written by designer and author Keith Lovegrove. Published in August 2013 as a second, ‘mini’ edition of an older title dating back to 2000, the book sets out to ''illustrate and analyse the successful – and occasionally not so successful – results of the airlines’ relentless quest to vie for attention.'' Written honestly and eloquently with a healthy dose of humour, ‘Airline’ is  peppered with personal accounts of travelling experiences and anecdotes. Providing an engaging if not rather causal overview of airline travel, the book describes the evolution of airline-related design in four chapters that focus on fashion, interiors, food and branding. Along with the history of commercial aviation, Lovegrove also comments on air travel from a cultural, technical and social point of view, thus putting the whole subject into a wider perspective.

As the title of the book implies, travelling by plane has always been a matter of style. Luxury and glamour seem to go hand in hand with flying as a means of transportation, mainly because, for the most part of the history of aviation, travelling by air was an exclusive privilege of the rich. In the 1920’s, when disused First-World-War bomber planes were being transformed into commercial aircraft, opulent interiors and luxury were introduced to entice a wealthy clientele, and of course to compensate for the poor travelling conditions within the cabin (bomber planes were neither warm nor especially silent). A few years down the line when the very first Boeing aircraft was ''fitted to look like a suite at the Waldorf,'' the upper echelons of society continued to be the main focus of air travel seen from the gourmet meals served on bone china accompanied by vintage wines poured into cut crystal glasses. Long-distance trips at the time included stop-overs in first class hotels, where passengers could entertain themselves while the ‘flying boats’ (as airplanes were called in the 1930’s) were re-fuelled and repaired – a mode of travel which is unthinkable for us today. The book describes this by-gone era of glamourous voyages in much detail without any hint of nostalgia, simply stating the facts and providing ample visual material from the era, including rare ephemera and souvenirs from private collections.

A large part of the book is of course dedicated to air stewardess. Initially, the first stewardesses were actually nurses who wore long skirts and double-chested jackets. That however soon changed when they became the well-loved face of the airline; their attire and good looks considered just as important as their skill and personality. Over the years, many of the world’s most renowned fashion designers have been commissioned by the world’s airlines to design their staff uniforms, their approach spanning the military-like, the over-sexualised (seen in Emilio Pucci’s uniforms for Braniff International in 1965), all the way through to the serious businesswoman (Virgin Atlantic’s uniforms designed by John Rocha in 1999).

Other aspects of airline design are also examined covering notable projects such as the unique modular approach in the design of the iconic Airbus A380, the inventive spaciousness and luxury of the now defunct Concorde aircraft and the controversial double redesign of British Airways’ brand identity in the 1970’s and 1990’s. Nowadays, as the author points out, airlines are increasingly trying ''to be appealing to everyone without offending anyone,'' an approach which has led to a kind of homogenised and neutral airline design which, deplorably, lacks character and wit.

As Keith Lovegrove connects the design and other aspects of air travel with their wider social, economical and cultural context, it becomes apparent that ''life at 30,000 feet'' is not such a different world than the one we inhabit here on terra firma. On the contrary, the habits, biases and pleasures that we seek in our everyday lives are also ever present within the aircraft cabin environment, as are social issues such as class hierarchy and sexism – issues which the author does not miss the opportunity to point out and comment upon. And it is this connection between design and its socio-cultural context that sets this book apart from other run of the mill coffee-table design books, as it makes us realise that the air travel ''universe'' is in fact a miniature of the way we live the rest of our lives, albeit encapsulated in a pressurised fuselage cruising above the clouds. Because at the end of the day, there will always be style at 30,000 feet, as long as there is style and inspiration down below.