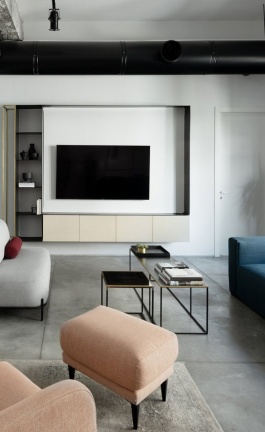 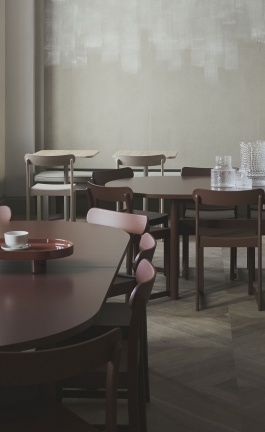 Perched on the hillside of Monte Igueldo near San Sebastián on the northern coast of Spain, Akelarre Hotel enjoys expansive views of the Bay of Biscay as well as the French-Basque coastline and the coastal cliffs of Vizcaya. While providing a vast and imposing natural landscape whose mesmeric beauty makes this location the perfect setting for this five-star, 22-room hotel and spa by Madrid-based architectural studio Mecanismo,  there is another reason that makes the hotel’s location quite exceptional: the 3-Michelin Star Akelarre Restaurant. Helmed since 1975 by chef and owner Pedro Subijana, one of the pioneers of Basque haute cuisine, the restaurant received its third star in 2007. With a total of 17 Michelin stars (the highest concentration in the world in relation to the number of inhabitants), San Sebastián has become somewhat of an international gastronomic destination making the Akelarre Hotel a definitive port of call for gourmands and jetsetters alike.

Taking advantage of its mountainous location, the hotel is built into the hillside below the restaurant, its octagonal dining room now crowning the staggered volumes underneath. This configuration not only lends the restaurant, both literally and figuratively, the position it deserves, but it also ensures that both the guest rooms and the communal areas face the sea. On the bottom, five stone-clad cubes house the guest rooms in two floors, each block carefully orientated in a different direction to ensure privacy, while on top, the architects have designed curvaceous terraces, which seem to have been sculpted out of the stone, connected to the hotel’s public areas through decked walkways.

Both the exterior and interior design is underpinned by the use of natural materials, primarily oak and grey filita stone, showcased in a variety of finishes, techniques and treatments that convey a sensual luxuriance despite the austere sensibility of the modernist architecture and the minimalism décor. Complemented with marble and brass elements, as well as a stunning spiral staircase in corten steel that connects all the levels, the interiors reflect both the tranquillity and the sculptural beauty of the surrounding landscape which is ever-present throughout the hotel courtesy of its large glazed areas offering expansive views.

Apart from the 3-Michelin Star Akelarre restaurant, guests also have access to the Oteiza bar-restaurant—named after renowned Basque sculptor Jorge Oteiza, a regular patron of the restaurant above—where they can savour Basque-inspired lunch and dinner menus as well as a selection of signature cocktails, best enjoyed on the ocean-facing terrace outside. But the gourmet delights don’t end here; guests can tour the impressive wine cellar next door, which stores more than 650 distinguished wines from all around the world, as well as take part in wine tastings.

On the lower level, the 800 square metre Akelarre Spa offers guests an opportunity to pamper their body with the lavishness they have been treating their taste buds to upstairs. Offering a wide selection of treatments, from hot stone massage and reflexotherapy to phytoaromatherapy facials with natural cosmetics from Sisley Paris, as well as a sauna, a marble-clad steam room, and a stone-clad heated hydrotherapy pool, guests are spoiled for choice. Whatever they select, they can stretch out on a sun lounger in the relaxation area after their treatment and sip a cup of tea while gazing at the ocean—although if we were them, we'd be probably thinking about our next meal.