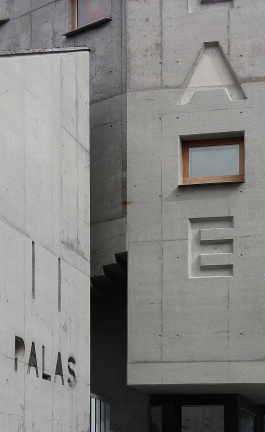 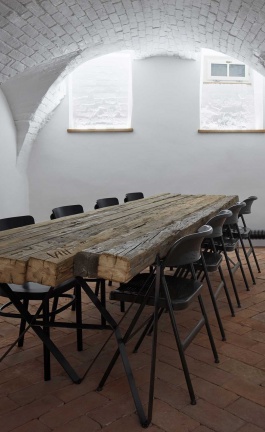 Mosque architecture in the Arab world famously incorporates intricate geometries and spiritual symbolism, which have evolved as a result of Islam’s ban of figurative imagery. A new mosque for the village of Moukhtara in Lebanon reinterprets this tradition, deploying minimalism and contemporary means and materials to celebrate Islam’s humanist values, as well as man’s constant search for the divine. Designed by L.E.FT Architects, the Amir Shakib Arslan Mosque is in fact a restoration of an older mosque on the site, albeit completely altered and redesigned both inside and outside. One of the main changes the architects had to implement was the mosque’s reorientation aligning it with Mecca, for which they inserted new elements that point towards that direction, such as a new skylight illuminating the direction towards the Kaaba, the alignment of the custom-designed carpet and an external structure that reinterprets traditional mosque architecture in a subtle and non-intrusive way.

What used to be a parking space in front of the mosque is now a public plaza with seating space and a fountain, offering visitors the opportunity to rest and contemplate the building’s impressive façade and meaning. The architects have also erected a white metal structure that partially covers the building’s existing stone volume, on which two words are written in a pixelated pattern: on the top of the structure, which acts as the mosque’s minaret, the word “Allah” is written, as a symbol of divine presence in the sky, whilst on the bottom of the structure and on the ground level the word “Insan” is inscribed, which means “human”. In this gesture, a dialogue between the human and the divine is instigated, whereby the faithful arriving at the mosque can see themselves in relation to God, inspiring a sense of unity with that divine presence. The metal structure itself is made of vertical louvres, so that it disappears into the background depending on the angle one looks at it—as yet another symbolic gesture of impermanence and of the human world being part of a larger whole.

To enter the mosque, visitors have to walk into the metal structure and find the door behind the “Insan” script; once inside, a calm, whitewashed space of gentle curvature and ample natural light offers a serene space for prayer and meditation. The floor is covered with a carpet made by Dutch manufacturer Moooi, depicting a pixelated pattern of grey and white gradients, which as described above, is aligned with the wall pointing towards Mecca. This wall is covered with a concave mirror reflecting the people inside the room and the skylight above, in an architectural gesture of beauty and solemn simplicity that suits the minimal space perfectly.

On another wall, where the Quran would be read in a traditional mosque, a wooden installation of vertical elements echoes the louvres of the white metal structure outside, and bears the word “Read” in relief, chosen by the architects because it’s the first word in the Quran, and implies that the text of this holy book should be read critically and not literally. In a similar gesture of a modern reinterpretation of Islamic tradition, the architects have composed a new call to prayer for the Amir Shakib Arslan Mosque, where the call’s text is simply recited instead of sung in the traditional way — again as a way to draw attention to the scripture’s meaning instead of its artistic form.

As a result of its abstract and universal language of architecture and design, the mosque brings attention to timeless values of humanity and spiritual enquiry, creating a fitting home for all that is sacred and noble in the human soul.