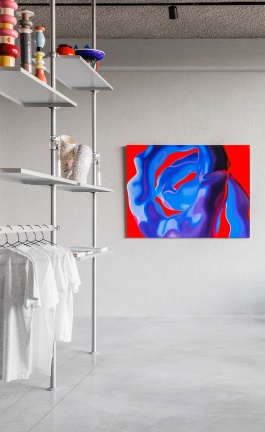 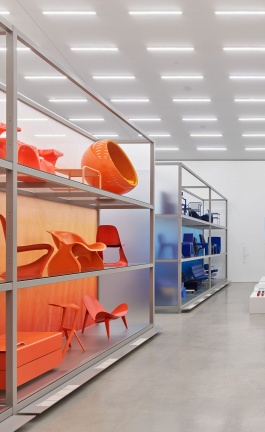 According to French architect Odile Decq, “constraints are an architect's challenge'', but even for an internationally renowned, award-winning architect such as Decq, the transformation of a concrete high-rise in Barcelona, abandoned mid-construction during the 2008 global financial crisis, into a luxury residential tower had more than its fair share of challenges. The winning entry in a competition the architect was invited to in 2015, the 30-storey tower defies the staid standardization of similar structures with its fluid form and vibrant colour scheme and has instantly become an exciting new addition in the city’s skyline.

Located at the beginning of the city's Avinguda Diagonal in the seaside neighbourhood of Diagonal Mar, the state-of-the-art development is home to 88 apartments ranging from studios, to four-bedroom units, to two-storey penthouses, plus a ground floor restaurant, an expansive underground wellness facility and lush gardens. Named after the brightest star in the constellation of Scorpius, known for its bright red sparkle, Antares features all of Decq’s signature traits – namely her embrace of high-tech elements, penchant for organic forms and love of the colour red. But what truly makes the project a ‘Decq original’ is the fact that everything has been designed by the architect herself, including the landscaping and interiors, down to the lighting, furniture and even staircase treads, in reflection of her holistic approach to architecture, a concept she calls “global design”.

Decq is considered a rock star in her field, and not just for her signature goth-punk look — think black outfits, thick black eyeliner and spiky black tresses and plenty of sculptural rings. Since the 1980s, she has been a formidable proponent of a free-thinking, risk-taking and comprehensive approach to architecture, winning, along the way, numerous accolades for her ground-breaking work, including the Golden Lion at the Venice Architecture Biennial in 1996, the Architectural Review’s Jane Drew Prize in 2016 and Architizer’s Lifetime Achievement Award in 2017. Working out of the Paris-based Studio Odile Decq, her practice is centred on experimentation combining the latest technologies with a research-based process.

For her first ever high-rise, Decq drew inspiration from Barcelona’s dynamic spirit and cultural identity imbuing the tower with a sense of dynamism, most notably by wrapping the structure with undulating balconies. Built as an extension of the existing floor plates, the wavy balconies distort the building’s volume giving the impression of movement as well as alluding to the organic forms of Joan Miró and Antonio Gaudi. Extended upwards by 10 floors, the tower also stands out for the red colour of the upper floors. "Red is the colour of Barcelona," she points out. "It's passion. It's life. I wanted the red on the top of the building to be like a flag, signalling the building's presence and identity."

Red accents are a recurring presence throughout the development, from the lobby’s 6-metre-high walls, to the undergrounds parking’s pillars, to the faceted exterior of the garden pavilion – not to mention the restaurant where it can be found in the sculptural staircase, curvaceous bar counter, banquette seating and even the plates and bathroom sinks. Coupled with the undulating glass façade, mirrored ceiling and light installation, the restaurant’s red-splashed interiors are imbued with an exuberant theatricality.

If truth be told, Decq has comprehensively designed each space to make its own dramatic statement, be it the immersive serenity of the cavernous, timber-clad rooms of the wellness centre or the exhilarating sensation of the uninterrupted views of the city, sea and mountains in the apartments, courtesy of floor-to-ceiling glazing and glass balustrades. “I have always tried, since the very beginning of my career, to do more than just architecture”, Decq explains, and judging from this project, she’s really is doing so much more.