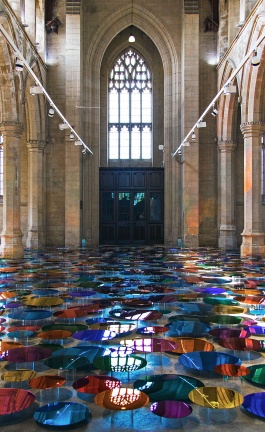 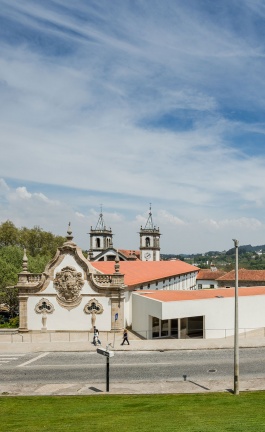 Beauty from the Depths of the Earth: ‘The Art & Science of Gems’ by Van Cleef...

Beauty from the Depths of the Earth: ‘The Art & Science of Gems’ by Van Cleef & Arpels in Singapore

The Art and Science of Gems

Formed in the depths of the Earth as the result of extremely slow and powerful natural processes, precious stones are not only beautiful to behold but are also proof of Nature’s power to create miracles. From 23 April to 14 August 2016, Van Cleef & Arpels is presenting a unique exhibition of high jewellery called “The Art & Science of Gems” at the ArtScience Museum in Singapore, which explores the physical and chemical processes that produce gems and minerals, as well as the art of transforming these materials into jewellery. No less than 450 pieces from the Van Cleef & Arpels collection and private collections are on display at the exhibition, together with over 250 gems and minerals from the collection of the French National Museum of Natural History; the showcasing of these two completely different yet interconnected worlds sees intricate necklaces and brooches presented right next to chunks of stone and minerals, thus creating a dialogue between the art of high jewel-making and the wondrous science behind its precious prime matter.

How the gems used in the Maison’s creations originally formed inside our planet since it came into being 4,540 million years ago ?
#TheArtScienceOfGems / Video © Van Cleef & Arpels.

Set inside the ArtScience Museum’s lotus flower-inspired building and occupying 1,500 square meters, the exhibition features a spectacular, immersive scenography developed by Paris-based designers and long-time Van Cleef & Arpels collaborators, Patrick Jouin and Sanjit Manku. For Mr. Manku, the biggest challenge was to create a balance between the grand, vaulting spaces of the museum and the small scale of the jewels which was overcome by designing ingeniously lit display cabinets and introducing subtle architectural elements that gave the exhibition flow and shaped the space in a way that drew the visitor close to the exhibits. As for what was inside the display cases themselves, untreated minerals and stones were combined with jewels and cut gems, in such a way that the former often appeared to be as beautiful, precious and glamorous as the latter.

The dialogue between the two was also facilitated by the interweaving of two different narratives: the culture and heritage of Van Cleef & Arpels on the one hand (with its signature ballerinas, animals and flower designs) and the main principles of how minerals are formed, borrowed from the field of mineralogy. The exhibition dedicates each of its eight rooms to a different element or process of gem formation, namely the Earth, Pressure, Temperature, Transport, Water, Oxygen, Life and Metamorphism. Each section explains how these elements and processes affect the creation of precious stones and minerals, and is juxtaposed by a corresponding chapter from Van Cleef & Arpels’ collection. For example, the section about Life and how living organisms such as coral and oysters generate precious minerals is combined with Van Cleef & Arpels’ signature designs of butterflies, birds and flowers that are a feat of craftsmanship and artistry.

The idea of combining the minerals collection of the French National Museum of Natural History with the creations of Van Cleef & Arpels was conceived by the President of L’École Van Cleef & Arpels, Marie Vallanet-Delhom, who wanted to show that there’s much more to a jewel than its design and brilliance: “We always think that the making of a jewel begins with the cutting of the stones, but that’s not true. The making of a jewel begins inside the Earth, where the minerals are formed.” Bruno David, the President of the French Natural History Museum, agrees: “Through this exhibition, we wanted to put the forces that have created these minerals into perspective. It’s important to think just how much energy was spent during these processes; it takes an immense amount of pressure, temperature and time to transform carbon into a diamond for example. These are incredible forces; the same forces that create mountain ranges or make entire continents collide with each other.” As far as time is concerned, Mr. David included a very rare sample in the exhibition, which is a piece of the Acasta Gneiss, the oldest stone in the world: “This specimen is important because it’s the oldest piece of rock we know of on Earth: it’s 4.2 billion years old, and the Earth is 4.5 billion years old. Now think that our history, the Christian history of the West let’s say, is 2016 years old. That’s like a scratch on the top of the Eiffel Tower. All the rest came before us!”

Other important exhibits include the largest quartz crystal ever found in the Alps, weighing 800 kilograms and which used to belong to Napoleon, the largest uncut piece of black diamond, as well as rare specimens of malachite, tourmaline, coral, pearl and other minerals from the French Natural History Museum’s vast collection of 600,000 items. Masterpieces realised by Van Cleef & Arpels which take centre-stage include a 1972 brooch in the shape of a magical bird carrying a 96.62-carat yellow diamond in its mouth, as well as designs inspired by Oriental art, such as for example an intricate Chinese Dragon clip from 1969. As Van Cleef & Arpels’ CEO Nicolas Bos has commented, although it was initially a challenge to put these two different worlds together (there was even the thought of staging two different exhibitions that would simply inform and complement each other), by mingling the creations of Van Cleef & Arpels with the meteorites, the gems embedded in rock and all the other precious findings from the French Natural History Museum, the exhibition creates a thought-provoking dialogue between the immense creative power of Nature and the limitless ingenuity of human artifice.

{YatzerTip} Part of the vintage creations from the Van Cleef & Arpels collection presented in Singapore is a selection of nine pieces from the “La Boutique” collection, which is a series of personalised animal-inspired brooches that are meant to represent certain personality traits. Yatzer is helping Van Cleef & Arpels’ archive locate one brooch from the collection that is presently missing from it: a cute puppy that was created in the 1950’s and purchased by several clients but whose tracks have been lost over the years. A global online search campaign was launched by Yatzer in May 2016, with the aim of finding the missing puppy and reuniting it with the rest of its family. Head to the dedicated #missingpreciouspuppy hashtags and website to share the poster and help us find our missing best friend!

Beauty from the Depths of the Earth: ‘The Art & Science of Gems’ by Van Cleef & Arpels in Singapore