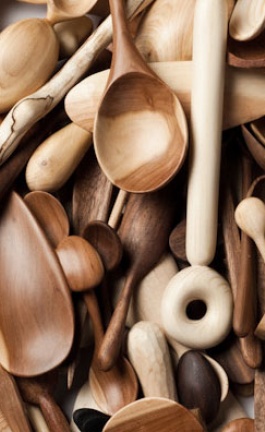 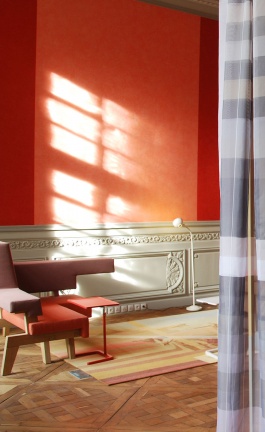 Located in the upscale skiing destination of Aspen, Colorado, the 33,000-sq.ft. AAM is essentially an enormous glass box wrapped in a Podema composite (paper, resin and wood veneer) lattice on two of the building’s façades, which is the museum’s most striking feature. Based on Japanese architect Shigeru Ban’s well-known paper and cardboard designs, the lattice structure essentially dresses the naked cube and in turn lets Aspen’s natural surroundings appear through the overlay, thereby also dressing the museum interiors.

Spread across three levels, the museum itself is a play between indoor and outdoor spaces, which are joined by the aptly dubbed ‘grand staircase’. The staircase also takes visitors up to the public rooftop that can be accessed without having to traverse the entire museum, making it a prime attraction in its own right. Open to everyone, the rooftop boasts Aspen’s best views of the surrounding rolling mountains, glimpses of which can also be made out through the building’s shell on the lower floors.

Unlike most buildings, and unusually so, the entrance foyer to the museum is on the rooftop. ''It is like the experience of skiing – you go up to the top of the mountain, enjoy the view and slide down,'' said Ban in an interview with Wallpaper* magazine. The rooftop also hosts an exhibition space with (currently) a sculpture garden as well as the So café and bar that serves as an outdoor screening space.

Skylights adorn the rooftop, creating pools of light that shine into the gallery below, where the light, which is cut into shapes, is reflected on the floor and reflects the design of the exterior wooden shell. Not only does it help the building blend in with its natural surroundings, but it also provides shade for those inside the building, as well as serving to artfully and subtly chop up the light casting decorative shadows on the main staircase, corridor and entrance spaces. At night, when the building is lit up, the museum takes on a whole other, somewhat alien aspect due to the light glowing from within through the overlay, further reinforcing the museum’s new landmark status.

Last month, the museum opened with a bang. Internationally acclaimed Chinese artist Cai Guo-Qiang was commissioned to create one of his signature fireworks during the inauguration on 2 August 2014, which set the (high) standards for the exhibitions currently being shown inside. Officially opened to the public on 9 August 2014, the grand opening exhibitions, which will run until 30 November, comprise a number of shows, the highlight being the juxtaposition of works by key French post-Second-World-War artist and creator of the notorious Blue Epoch, Yves Klein and American artist dedicated to civil rights and the Black Power movements of the 70s, David Hammons. As well as blockbuster art, an exhibition, which will run through 5 October, is dedicated to Shigeru Ban’s humanitarian work. Located on the first level, the exhibition is centred on relief structures for victims of natural disasters. The calibre of the exhibitions and the modernist design of the museum, both set the scene for the quality of exhibitions to come, as well as the interactive and community-building values backing the museum’s activities.