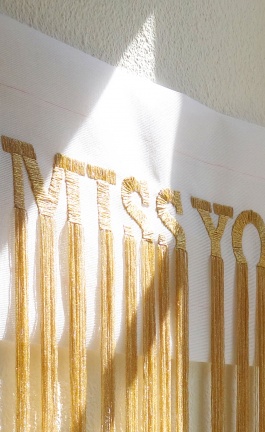 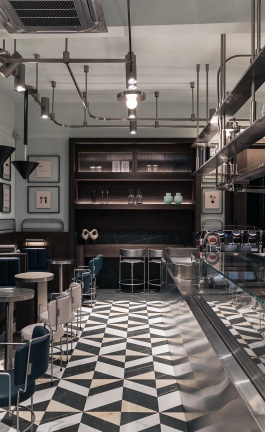 As part of Triennale Milano’s recent focus on contemporary photography, the institution’s latest exhibition showcases the work of New York and Munich-based, German artist Barbara Probst whose multi-photo work explores the ambiguities of the photographic medium and the subjectivity of truth and perception. Taking its name from the title of Goethe’s autobiography, “Poesia e verità” presents a selection of Probst’s “Exposures”, an ongoing series that includes portraits, still lifes, nudes, street photography, landscapes and photographers at work. The diversity in genres belies particular conceptual underpinnings: presented as a cluster of interrelated photographs, each work depicts the same subject from various angles at precisely the same instant—a feat Probst achieves using radio controls and synchronized cable releases. By multiplying the points of view, the artist raises questions about the role of the photographer and the viewer, and in doing so subverts the idea that there is such a thing as photographic “truth”.

In what began in 2000, Probst has been expanding Exposures ever since, experimenting with different subjects, camera configurations and formats, as well as the use of black & white and colour photography which she sometimes combines in the same work. The crux of the series is simultaneity: all photographs are simultaneously taken via a radio-controlled release system with the intention of engaging viewers not so much with the subject but rather with the way that we see. Although it’s immediately clear that the group of photographs that make up each artwork are thematically connected, it takes some time to realise that they are not part of a narrative but rather are different facets of the same scene, a realization that initiates a game of comparing and contrasting both the locations of the cameras and photographers who took them.

“The substance of the series exists not in the individual image but rather in the interrelations between the images”, Probst explained to philosopher Johannes Meinhardt in 2006.  “So, instead of judging the individual images, the viewer is invited to travel through the space they mark out, to take on different points of view and to see him- or herself looking. The space between the images is the space of this journey.”

Seen together, the combined images, which range from two to 14 photographs, take on a three-dimensional, almost sculptural quality in the viewer’s mind, especially in the case of Probst’s multi-figure portraits. It’s no coincidence that Probst’s artistic education included sculpture along with photography or that her early work in the 1990s include several sculptural pieces, some of which also incorporated photographs such as a series of wooden containers filled with photographs of gravel which heralded the illusory and uncanny aspect of Exposures.

What makes Probst’s work so uncanny is her ability to capture the same exact instance in photographs that are so diverse in style, atmosphere and content, which she achieves by using different kinds of lenses and focal lengths, and diverse technologies, including digital, black-and-white film, colour transparencies and colour negative film. The frequent use of backdrops, from film stills taken from Michelangelo Antonioni’s 1966 film Blow Up, to shots of the actor Daniel Craig, to postcard-like settings, further baffle the eye. In Exposure #59 for example, one view presents an alpine scene, while another reveals that the snowy vista is an illusion and that we’re actually in a photographer’s studio.

Spanning a time period of over twenty years, the selection of Exposures at Triennale Milano, along with two photo shoots Probst did for Vogue Italia in 2017 and 2019, as well as her 2018 shoot for Wallpaper, succinctly demonstrate that photographs are highly selective interpretations of reality ultimately revealing photography’s profound capacity to tell stories and our propensity to believe them.