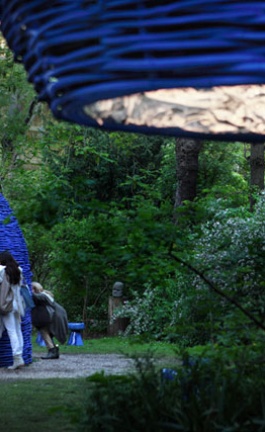 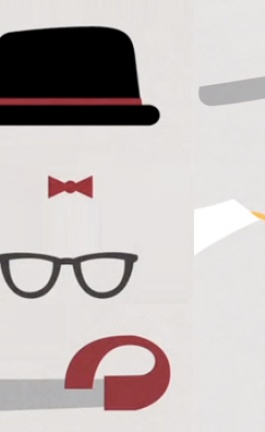 The 51st edition of Salone Internazionale del Mobile 2012 (17-22 April) is now officially over. Thousands of pairs of hungry eyes from the creative world descended on the city and fulfilled their hunger for design with hundreds of new projects and installations. The creations from approximately 3000 Italian and foreign exhibitors not only in the famous RHO FIERA but also at the very heart of Milan's city-wide events definitely made the city’s pulse quicken.

Frankly, my heartfelt wish would be that the PAL-V-One flying car was ready to drive & fly around the city so that I would have been able to discover as many things as possible and thereby share them with you! Although the length of the design week is still, SIX DAYS, the amount of events around the city increase with every year that passes. As if events taking place in the Tortona and Brera districts weren't enough and while the Lambrate area has been gaining more and more ground since 2009, this year, Tom Dixon’s MOST took over the city's design guides, also turning the National Museum of Science and Technology into an ambitious environment for innovation and culture during Milan's design week.

This year the famous SaloneSatellite which has been curated by Marva Griffin Wilshire since 1998, celebrated 15 years of commitment and faith in young creativity. In my opinion, not only SaloneSatellite, but the entire DESIGN WEEK should be curated every year by a board of international opinion-makers from the design industry. Of course, this is not so easy in reality but it's very easy in the digital world. So, take a deep breath and start scrolling down to find out what will remain unforgettable from MILAN DESIGN WEEK 2012 according to Yatzer!

From Zaha Hadid and Paola Navone’s Secret Garden at the Orto Botanico in Brera to 'La Cura' by Studio Toogood at MOST and from Akihisa Hirata’s Photosynthesis installation at the Exhibition INTERNI LEGACY to the film Daily Rituals by Justin Anderson for Georg Jensen’s new Ilse Collection designed by Ilse Crawford. Phew! Enjoy Yatzer's BEST!

Zoo by Ionna Vautrin, curated by Constance Rubini for Hallingdal 65 by Kvadrat

Still & Sparkling by Nendo with Lasvit

Variations by Patricia Urquiola for Baccarat

Melvin the Mini Machine by HEYHEYHEY

Melvin the Mini Machine by HEYHEYHEY

Face to Face by Brian Frandsen for ege

Face to Face by Brian Frandsen for Danish flooring label ege carpets. In total, 920 m2 of carpet, cut up into 250 layers is composed into a three-dimensional portrait

'La Cura' by Studio Toogood with NIVEA at MOST

Triz In stools by Michael Blumenfeld

A-LINE chest of drawers by Hagit Pincovici for Colé

The line, the arch, the circle and the square by Ron Gilad for Dilmos

BEOLIT 12 by Cecilie Manz for Bang & Olufsen (the most affordable sound system from B&O in many years!)

Hardie Stools by Philippe Malouin, curated by Ilse Crawford for Hallingdal 65 by Kvadrat

TREE IN THE MOONLIGHT Table light by Michael Anastassiades for NilufarUnlimited

SWALLOW, a project with endless combinations by Francesco Citterio

The Debut collection of WONDERWALL STUDIOS

The Debut collection of WONDERWALL STUDIOS

CHAIR WEAR, custom-made clothing for chairs by Anke Bernotat and Jan Jacob Borstlap of Bernotat&Co (with the know-how of the Audax Textielmuseum)
Supported by Innofa and Kvadrat

Cyclops by Sander Mulder
Breaking the light by pulling 'the eye' downwards switches the lamp off, straighten it and it turns on; form is function.

Marni's collection of 100 chairs made in Colombia by ex-prisoners

Photosynthesis by Akihisa Hirata conceived for Panasonic. The official winner of the second edition of ELITA DESIGN AWARDS, the prize for best exhibition of Fuorisalone (Interni Legacy)

Fin Light series by TOM DIXON (Luminosity at MOST)