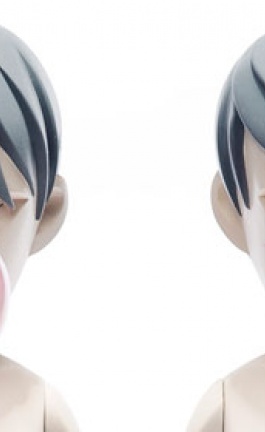 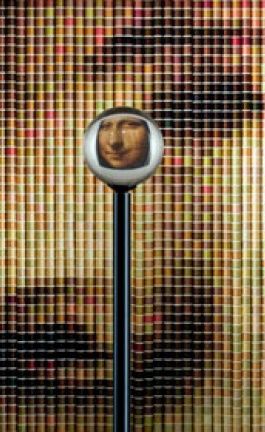 Mona Lisa made with 5.184 spools of thread

A two-week free public art installation featuring two distinct sections – a collection of four iconic BMW Art Cars designed by Andy Warhol, Frank Stella, Roy Lichtenstein and Robert Rauschenberg and a project by South-African born artist Robin Rhode who used a BMW Z4 Roadster mounted with special paint dispensers behind its wheels to create a football-field size painting , a 30’ x 40’ section of which will be shown – will be unveiled on Tuesday, March 24, 2009 at 11:00 a.m. at Grand Central Terminal’s Vanderbilt Hall®, 87 East 42nd St. (between Vanderbilt and Lexington Aves.), Manhattan.

Rhode, Stella and filmmaker Jake Scott, who collaborated with Rhode by filming the creation of his project, as well as Jack Pitney of BMW of North America, will attend the unveiling of the installation on March 24 and will be available for select interviews. The installation will be free and open to the public from March 25 through April 6, 2009.

The BMW Art Cars will be accompanied by rare video footage that reveals a young Warhol painting his car, Stella and Rauschenberg discussing their inspirations and influences in creating their respective pieces and various experts discussing the resulting impact of these works. The BMW Art Car project was originally conceived in 1975 by French racecar driver Hervé Poulain. He had the idea of inviting an artist, his friend American artist Alexander Calder, to use his automobile, a BMW racing car, as a canvas. Since then, sixteen of the world’s most respected artists have designed BMW Art Cars, which have been exhibited by the finest museums and galleries, from the Louvre in Paris to the Guggenheim Museums in New York and Bilbao.

Occupying the other half of Vanderbilt Hall will be Rhode’s project. From a tower 30 feet above his canvas laid out on the floor, Rhode choreographed the movements of an all-new 2009 BMW Z4 Roadster and used a remote control device to direct when and where colored paint was sprayed onto the tires which marked the canvas. The markings the BMW Z4 Roadster left on the panels are organic and abstract — red, yellow and blue tire tracks lose their synthetic meaning and pay homage to Richter’s series of paintings from the early 70s for the BMW Headquarters in Munich. Scott of RSA Films, from 45 simultaneous camera angles, captured the interaction between the artist, the BMW Z4 Roadster and its driver, which took place in Los Angeles’ Downey Studios. The BMW Z4 Roadster that was used as a paintbrush, as well as Scott’s video footage of the action will also be displayed in the installation.

Robin Rhode while he is creating his " Expression of Joy" project that will be on display, along with the four BMW Art Cars