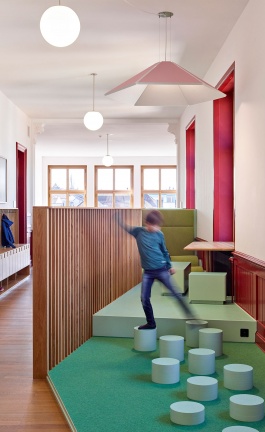 The power of colour to evoke feelings, influence moods and convey messages is well known, as is the emotional effect it wields when it comes to design. What is less certain however is what kind of feeling a particular colour elicits in an individual. Context, culture and circumstance are parts of the equation, as are hue, saturation, tone and tint, but they are all far from definitive factors or accurate predictors. Despite the numerous theories, guidelines and manuals, there is a kind of alchemical reasoning and intuitive logic in choosing the “right” colour. For a designer, colour selection combines both science and art. Nowhere is this more pertinent, and the resonance of the choice of colour more decisive, than in the world of automotive design, and in particular concept cars, which embody a brand’s identity and vision. For an illustrative example, look no further than the recently unveiled BMW Concept 4 coupe, whose exhilarating, gleaming paintwork seductively named ‘Forbidden Red’, not only accentuates the vehicle’s muscular body and racy demeanour but also encapsulates BMW’s emotionally engaging design.

Unveiled to the public in September at the International Motor Show 2019 in Frankfurt, the BMW Concept 4 is the precursor to the next generation of the brand’s 4 series, in what is a definitive glimpse into the future. Futuristic in sensibility and modern in conception, the design draws nevertheless from the brand’s long list of classic sports cars, boldly reconfiguring BMW’s DNA through a filter of contemporary rigour.

The low-slung body, stretched bonnet and sweeping roofline that flows smoothly into the brawny boot lid comprise an aerodynamic silhouette, while the vertical kidney grille, which subtly references legendary BMW models from the 20th century, proclaim its performance. The combination of tautly chiselled volumes and precisely drawn contours make a strong emotional impact which is intensified by the sumptuous Forbidden Red paintwork. Developed exclusively for the BMW Concept 4, this luminous, candy-apple-like hue projects confidence, excitement and determination, and imbues the car with an irresistible allure. After all, when something is forbidden, it always appears much more attractive.

One of the first things that catch your eye, apart from the pulse-raising colour, is the distinctive kidney grille that dominates the front of the car. “The kidney grille has always been a signature feature of BMW cars,” reflects Domagoj Dukec, Head of BMW Design, and it’s even more pronounced in the BMW Concept 4 both in shape and detail. Referencing legendary classics like the 1930’s BMW 328 and the 1970’s BMW 3.0 CSi, the vertical design pays homage to the brand’s long and successful history as a maker of coupes, while its imposing format test to the designers’ visionary boldness.

The kidney grille’s austere shape belies a series of elaborate details. Look closely and you’ll see that the horizontal trim elements feature a faceted cut playfully juxtaposed with the bonnet’s smooth curvature, while if you look even closer, you’ll observe that the intricate grating within the kidneys and air intakes is made up of an array of small “number 4s” joined together.

Exquisite details such as these are not only confined to the kidney grille: From the slim LED headlamps with no cover that seem to have been carved out of the sculpted body, and the two-section exterior mirrors that grow out of the weather strips, to the heartbeat-shaped fibre-optics rear lights and the dual-finish, light-alloy wheels, the car’s rigorous detailing is indicative of its “clear and precise design” in the words of Adrian van Hooydonk, Senior Vice President BMW Group Design.

Take a step back and the athletic constitution of the BMW Concept 4 comes into focus. The broad muscular shoulders, the bulging rear wheel arches, the sharply defined ribs protruding on the sides, the inquisitive snout sniffing the asphalt, the slightly angled, narrowed headlights steadfastly focused on the road ahead: there’s a tense, mammalian composure at play, an intrinsic readiness to speed away, to flex its muscles on highways and byways. It’s a car that begs to be driven.

And then there’s the glorious, shimmering paintwork that shifts from a rich, glossy red under bright lights, to deep crimson, to almost black in the shade. Although red is a colour that can elicit a broad spectrum of associations, from passion and love, to strength and anger, the hue that BMW developed is very precise in intent and explicit in emotion: in other words, desire, gratification and exhilaration. Red may be a sports car staple, but Forbidden Red stands out in its mercurial allure and captivating intensity, subliminally bringing to mind images such as deliciously glazed candy apples, sexy glossy red lipstick and Christian Louboutin red-soled stilettos.

The deliriously seductive paintwork and the sculpturally precise form make for a thrilling combination that engages both our intellect and emotions. Sensual, dynamic and unyielding, “the BMW Concept 4 embodies the aesthetic essence of the BMW brand”, in van Hooydonk’s words, but as importantly, on a more visceral level, it gets hearts racing. After all, at the end of the day, this is all an automaker can ask for.