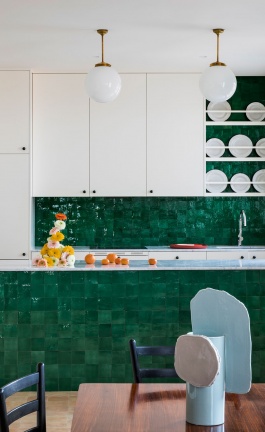 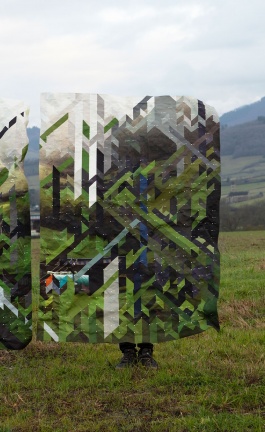 From a gastronomic aspect, Paris and the Greek island of Kythira couldn’t be more far apart ⁠— the former offers gourmands hundreds of Michelin-starred restaurants and award-winning patisseries to choose from, not to mention sumptuous boulangeries in almost every street corner, the latter a handful of tavernas and traditional bakeries. A few years ago, they came a little bit closer thanks to Greek Chef Kriton–Minas Poulis’ French culinary expertise (more on that later) with the opening of the first BON BON Fait Maison, a chain of design-led boutique patisseries that he co-founded based on his concept of “fast gourmet food”. Fast forward five years and three more outposts in Mykonos, Piraeus and Athens, Kriton takes this concept once step further with Bon Bon Fait Maison L’atelier, a modern bistro in the heart of Athens that opened its doors two weeks ago.

Doubling as a salon de thé and wine bar, L’atelier builds on the Chef’s innovative fusion of haute cuisine techniques and recipes with Greek ingredients and flavours. Housed in an immaculately renovated 19th century Neoclassical mansion, the all-day restaurant stands out in Athen’s crowded culinary scene, and not just because of the setting—the building’s reinstated grandeur echoes its former life as the residence of Markos Botsaris’ descendants, hero of the Greek War of Independence. What truly makes L’atelier different though is Kriton’s dedication in creating a welcoming, laidback venue of impeccable style where you can drop by any time of day to enjoy some fine French cooking that’s both approachable and inexpensive.

In order to make sense of L’atelier’s unique proposition you have to go back in time to the Chef’s culinary beginnings. For Kriton, gastronomy was a calling rather than a choice—he recalls asking his mother and grandmother as a child to tell him every detail of the homemade dishes they cooked for the family table. So, when he finished high school, it was not a question of what he would but rather a question of where, which come to think of it wasn’t that much of a puzzle; like many aspiring chefs, he went to Paris, and in particular the renowned Le Cordon Bleu culinary school, which he finished while also working there in order to afford the tuition. His passion for his craft and his determination to excel in it cannot be overstated, suffice to mention the superstar Chefs and their Michelin 3-star restaurants that he managed to work at: Alain Passard (L’Arpège, Paris), who is the first Chef to make vegetables the focus of haute cuisine, Alain Senderens (Lucas Carton, Paris), who is credited with the invention of fusion cuisine, Pierre Gagnaire (Sketch, London) and Alain Ducasse (Essex House, New York and Plaza Athénée, Paris).

Notwithstanding the invaluable experience he gained, working in such high-pressure kitchen environments was as he admits quite exhausting, which explains why the fondest memories he has from that time are from L'Avant Goût, a Parisian bistro where he worked after he finished Le Gordon Bleu. Opened only on weekdays, which allowed him to spend his weekends at Librairie Gourmande, the bistro exemplified the concept of 'bistronomie', a culinary movement spearheaded by L'Avant Goût’s Chef, Christophe Beaufront, which combined, as its name suggests, the sophisticated gastronomy of haute cuisine with the unfussy service and laidback environment of bistros. Although he didn’t work there for very long, the bistro’s culinary ethos obviously made a lasting impression as the opening of Bon Bon Fait Maison L’atelier two decades later attests.

‘Bistronomie’ and Michelin 3-star restaurants aside, the most impactful and transformative experience Kriton had before permanently returning to Greece was working with award-winning Chef Pâtissier-Chocolatier Pierre Hermé. Having noticed a shortage of dedicated pastry chefs in fine dining restaurants, he made it his mission to work for Hermé, one of the most innovative confectioners there is, dubbed by Vogue the "Picasso of pastry", which he succeeded only after a chance encounter in of Hermé’s patisseries in Paris. During the next ten years, Kriton not only honed his skills in the art of French patisserie, he also became proficient in research development, restaurant operations, and personnel training, soon becoming Hermé’s right-hand man. What’s more, his job took him around the world to oversee international openings like the Salon du Chocolat in Seoul in collaboration with the fashion house DIOR, the five-star Hotel Ritz Carlton in Kyoto and the five-star Raffles Hotel Le Royal Monceau in Paris.

Needless to say, his decade-long experience working with Hermé’s came in handy when it came to launch and operate Bon Bon Fait Maison at Kythira, as did KILIKIO, a deli/grocer he opened in Marais in Paris to promote products from small Greek producers. Like his serendipitously accidental run-in with Hermé’s, this new venture also came about by chance; although Kythira was Kriton’s favourite summer holiday destination, he had never considered doing business there before an investor who also shared a passion for Kythira approached him. Playfully combining the French words for good (bon), candy (bonbon) and homemade (fait maison), the patisserie was launched in 2017 quickly gaining a reputation for the ‘galettes’, traditional Bretagne-style savoury crepes, and uniquely-flavoured ice cream that it offered guests in an elegantly renovated house built in 1860. It’s only fitting therefore that the brand’s first restaurant is also set in a historic residence, this one built in 1838 for the family of Markos Botsaris, a prominent hero of the Greek War of Independence.

Like many Neoclassical buildings in Athens, the three-storey house was in a bad state when it was acquired by a Swiss investor. Meticulously renovated by Greek architect Nassos Delis, the building’s original character has been restored as exemplified by the restaurant’s geometric floor tiling, part of which was thoughtfully relocated to avoid covering it up by the kitchen cabinetry, and the decoratively painted ceiling which was previously hidden but now is gracefully showcased courtesy of a custom designed lighting system. The building’s Neoclassical elegance is paired with the nostalgic charm of Parisian bistros—think minimal banquettes in sensuous red hues with cushioned backrests held by leather straps, bentwood chairs with teal suede seat pads, marble table tops and counters, and vintage brass fittings—while the bar counter adds Art Deco touches with a suspended light box and square wall tiles inspired by one of Athens’ most iconic metro stations, Victoria. Designed by Beaux-Arts de Paris alumnus Emmanuel Lazaridis in the 1940s, the station’s olive green colour is also reflected in the restaurant’s colour scheme that ties everything together.

The understated sophistication of the venue is the perfect foil for L’atelier’s ambitious, all-day culinary proposition. Starting with breakfast in the morning, it then offers Bon Fait Maison’s signature ‘galettes’ during lunchtime, then switches to serving aperitivos, including a range of ‘homemade’ cocktails, and light snacks, before rolling out the dining menu which Kriton changes monthly. Rounding up L’atelier’s exquisite offerings is a delectable selection of French pastries, offered throughout the day, including tweaked classics like Fraisier with Greek Olive Oil and Chocolaté 66% Cacao Tarte with Sea Salt from Kythira as well as à la minute treats like Millefeuille with Roasted Pistachios from Aegina Island and Gateau St. Honoré (both classic and n various Greek flavours). Add in the laidback ambience, friendly service and reasonable prices, and you get an idea of Kriton’s unique version of Athenian ‘bistronomie’