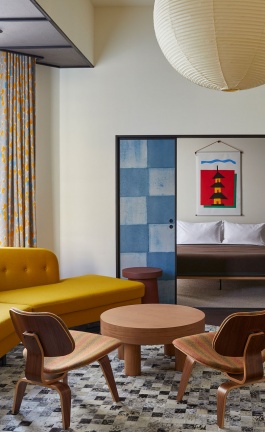 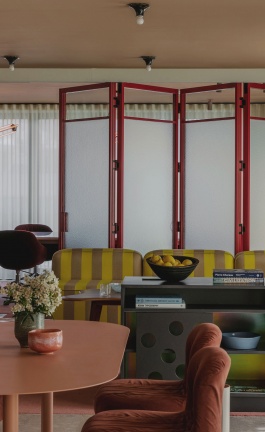 Alexander & Co. Give a Masterclass in Architectural Design with Bondi Junctio...

Alexander & Co. Give a Masterclass in Architectural Design with Bondi Junction House

Sydney-based architectural practice Alexander & CO. is known for renovating period houses with a timeless elegance that respects their architectural heritage while espousing a contemporary sensibility. So it’s no surprise that when it came to the family home of Alexander & CO.’s Principal Jeremy Bull and partner and Marketing Director Tess Glasson and their four young sons, the renovation became a masterclass in design.

Located in Bondi Junction, an eastern Sydney suburb, the Victorian semi-detached terrace house was highly dilapidated when the couple acquired it seven years ago. Three renovations later, the house has been reconfigured and expanded to four bedrooms and a new sunken lounge and dining area, but the project is far from over. As the team explains, “the home is a scaffold for ongoing change and the family has relished this fact”. Not only is the on-going project a reflection of the evolving family dynamics and growing family needs – with each renovation connected to a new offspring – it’s also an exploration of ‘the unfinished’ and the role of architecture as a form of education.

Inspired by the works of Alvar Aalto and Louis Kahn, the design of the house is underpinned by a loosely modernist philosophy, while the predominant use of locally available and low-cost pine and Carrara stone imbues the interiors with a Scandinavian sensibility. Taking advantage of the property’s sloped terrain, the team have experimented with internal level changes and changing internal volumes; a 5-metre-high sunken lounge and dining area, the product of the latest renovation, offers a respite from the more intimate spaces in the original building, while a new loft space constructed during the second renovation in the shape of an upturned hull of a yacht is the perfect playroom for the boys. In order to maximise space and exploit the site’s limited footprint, the house minimises circulation spaces in favour of rooms, with hallways re-imagined as compact sitting rooms.

While the most reconstructive work took place during the initial renovation, the most ambitious gesture was the extension of the kitchen during the third renovation with the addition of a new laundry, sunken lounge and dining area, and a mezzanine store room to house the growing family’s increasing number of skateboards, surfboards and bicycles. With four children to contend with, the timber floors were replaced with stone tiles, stone skirting boards and stone door thresholds for increased robustness, with a leather banquette lining the conversation pit adding softer textures.

The house’s “non-static state of ‘completion’” is reflected not just in the three stages of the renovation but also by the quirky interiors with various finishes, materials and furniture that continue to evolve in tandem with the tastes and needs of its occupants. Making up the majority of internal finishes, low cost pine structures and exposed pine ply sheeting are complemented by Carrara tiles in various formats and sizes in bathrooms, kitchen splash backs and floor surfaces. The materiality and imperfections of the low-cost materials, which also includes polished plaster and stucco, gives the home much of its spirit as well as teach a valuable lesson. “For the young children”, the team explains, “the home was to explain how it was built; to show its structural rhythms, to demonstrate how materials could be added to one another and result in spaces which are honest and often surprising”.

Alexander & Co. Give a Masterclass in Architectural Design with Bondi Junction House