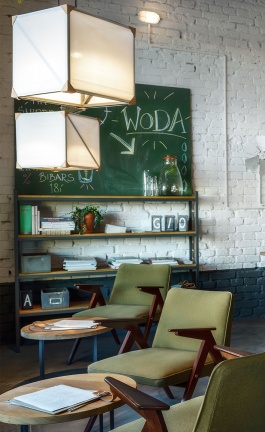 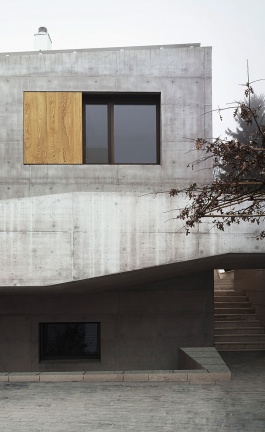 A whole host of fantastical and outright bizarre characters keeps coming out of Bubi Canal’s imagination. Based out of Brooklyn, the Spanish artist brings a whole world to life through short videos, costumes, photographs and sculptures — a world that is full of mythical symbolism, and a wealth of patterns, emotions and joyous, saturated colours.

Canal’s fictional universe is inhabited by towering plastic totems, masked shamans and other queer characters, all of whom seem to exist in a dream-like dimension where the absurd visuals of vintage science fiction movies meet the disarming simplicity of colourful plastic toys like Lego bricks, action figures and plush animals. For his videos and photography, Canal creates characters that are often inspired by Japanese TV shows; he is also inspired by Walt Disney, particularly in the way the latter has created a whole universe of stories and characters that, according to Canal, “continues making millions of people happy” to this day. (source)

Albeit cryptic and esoteric in their own way, Canal’s videos are more than just a means for him to express his aesthetics. In his Hologram video (2015) for example, two friends discover how they can “change the hologram” of their boring reality through intervention of a mysterious god-like male figure while looked upon by another cartoony character dressed in black. A similarly alien figure is the protagonist of the Chrystelle video (2012), whose otherworldly attire is in stark contrast with the Alpine landscape around her. In all their abstraction and seemingly frivolous imagery, both videos actually address human relationships and emotions: overcoming difficulty and discovering one’s true potential in “”, while dealing with the absence or loss of a dear friend in “Chrystelle”. For Canal, making these videos is his preferred way of working, since he is able to combine “choreography, costumes, music, objects and locations” for their creation.

Apart from his vibrant videos, Canal also creates all sorts of assemblages and sculptures that are reminiscent of tribal art and the geometric patterns of traditional arts and crafts. His “Magic Garden” (2015) and “Antenna” (2015) sculptures were made by putting together parts from plastic toys, where the former is like a team of quirky cartoon characters and the latter rises in a dynamic upward motion like a Native American totem. A similar sense of perplexing humour and surprising mix of materials can be seen in the photographic series “Beautiful Mystery” (2015), where colourful plastic, fur, flowers and other materials create impressions of limbs and animalistic figures, all set against the backdrop of a typical American suburban home.

In recent years, Bubi Canal often exhibits his work in galleries, video festivals and online. His colourful creative universe was also the subject of the book “Bubi Canal: Dreamtime”, which was published in 2013 by ACDOS – Actividad Contemporánea.