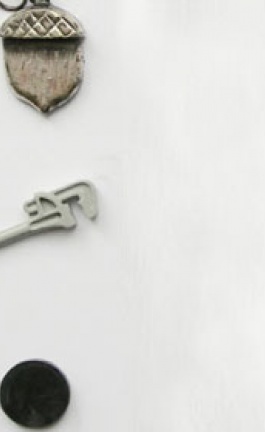 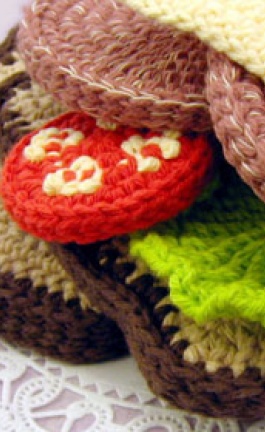 The California Institute of Technology (Caltech) scientists who study the outer reaches of space got some space of their own with the official opening of the Cahill Center for Astronomy and Astrophysics.

The opening on January 27,2009, not only marks the beginning of a new era for Caltech astronomy, but is the Institute's kick-off for the International Year of Astronomy, a global effort initiated by the International Astronomical Union and UNESCO to mark the 400th anniversary of the first use of an astronomical telescope by Galileo Galilei. The aim of the year is to stimulate worldwide interest in astronomy and science.

Everything about this building has that thought-through feel--from its address (1216, in angstroms, is the wavelength of ultraviolet light emitted by hydrogen atoms) to the view from the lobby up an ever-narrowing staircase to the skylight on the third floor (which mimics the experience of peering up through a telescope) to the cut-through hallways on each floor (which connect Caltech's north and south campuses and serve to orient the building's occupants).

But what is perhaps most important about the Cahill Center is that it will allow some 300 of Caltech's top-ranked astronomy and astrophysics faculty and graduate students to work together in a building dedicated to their needs for the first time in more than 40 years, thanks to Charles H. Cahill, who provided the lead gift for the $50 million center. The building has been named for Cahill and his late wife, Anikó Dér Cahill.

"As a civil engineer myself, I'm always excited to be part of the birth of a new building, especially one that has been needed and envisioned by our faculty and administrators for so long," says Caltech president Jean-Lou Chameau. "If not for the extraordinary generosity of Charles Cahill and several other supporters, our faculty might still be waiting for this dream to become a reality."

Indeed, the Cahill Center was made possible not only by Cahill's lead gift, but by generous support from a number of Institute friends, including the Sherman Fairchild Foundation, the Ahmanson Foundation, the Kenneth & Eileen Norris Foundation, Fred & Joyce Hameetman (whose gift will name the Hameetman Auditorium), and Michael Scott.

"Taking a program like this to the next level is a team effort," says Chameau, "and our donors have been a key part of this remarkable team."

“For decades, our extraordinary astrophysics faculty have been scattered across campus, among several overcrowded buildings," says Andrew Lange, chair of Caltech's Division of Physics, Mathematics and Astronomy and the Marvin L. Goldberger Professor of Physics. "The Cahill Center will bring together 26 astrophysics faculty and their groups into a single, remarkable space. Students and faculty alike will have a much richer experience. I can safely predict that new discoveries will be spawned in the coming year by conversations in hallways and interaction spaces that would not have otherwise taken place."

Some of the key features of the building include
•    the 148-seat Hameetman auditorium and a library situated on the building's first floor to maximize their use as social and gathering spaces;
•    offices located on the building's second and third floors and the western part of the first floor, amongst which are scattered conference rooms and interactive spaces designed specifically to promote impromptu discussions and informal group meetings;
•    a single basement floor (with ample access to natural light) which houses all of the building's laboratories;
•    remote-observing rooms; and a building-wide wireless system.

“The design for the Cahill Center draws on the institute’s desire to maximize interaction between the astronomy and astrophysics faculty and their research groups,” explains Kim Groves, principal in charge for the Morphosis team. “Visual and vertical connections between the laboratory and office levels occur via the main stair, while interaction areas and open break rooms punctuate each floor, all providing opportunities for chance and planned discussions to occur between the researchers.  Views out of the building look across the campus and up into the sky, providing select moments to celebrate the study of astronomy and astrophysics on the world-renowned Caltech campus.”

The Cahill Center is noteworthy not only for its creative design concept and execution, but also because it will be the first Caltech building to be certified under the LEED Green Building Rating System. LEED, which stands for Leadership in Energy and Environmental Design, was created by the U.S. Green Building Council, a coalition of more than 7,500 organizations from all sectors of the construction industry. LEED certifications are meant to encourage "whole-building" sustainability by recognizing structures that meet the building council's high standards.

"Conventional buildings have significant impacts on the environment over their lifetimes, considering the resources used to construct and maintain them and the generation of the energy used to operate them," notes John Onderdonk, Caltech's manager for sustainability programs. "Constructing LEED-certified buildings, which represent the state of the art in resource and energy efficient design, is critical to improving Caltech’s environmental performance."

The Cahill Center will be given its gold-level LEED distinction because of the many features that allow it to reduce negative environmental and health impacts. The building's design provides for
•    reducing water use by 30 percent;
•    reducing energy use by 24.5 to 28 percent; and
•    providing access to daylight to a minimum of 75 percent of its spaces."Two of the most visible green features of the Cahill Center are the use of day lighting throughout the building--which reduces the need for electrical lighting--and the architectural paneling on the exterior," Onderdonk explains. "The paneling actually shades the building, thereby reducing heat gain and the need for interior air conditioning."

This focus on keeping things green extended to the construction phase of the building as well. In building the Cahill Center, the architects and construction crews focused on using materials with recycled content, as well as local and regional materials; they also used low-emitting adhesives, sealants, paints, carpets, composite woods, and laminate adhesives. In addition, they diverted more than 90 percent of the construction waste from the landfills, which significantly reduced the building's impact on the environment.

About Caltech: Caltech is recognized for its highly select student body of 900 undergraduates and 1,200 graduate students, and for its outstanding faculty. Since 1923, Caltech faculty and alumni have garnered 32 Nobel Prizes and five Crafoord Prizes. In addition to its prestigious on-campus research programs, Caltech operates the W. M. Keck Observatory in Mauna Kea, the Palomar Observatory, the Laser Interferometer Gravitational-Wave Observatory (LIGO), and the Jet Propulsion Laboratory. Caltech is a private university in Pasadena, California.

Cahill Center for Astronomy and Astrophysics at the California Institute of Technology
Pasadena, California