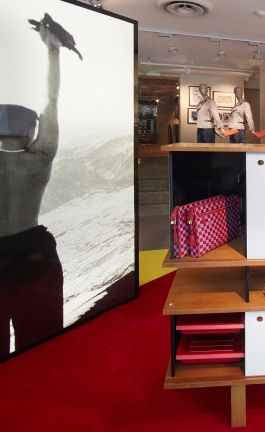 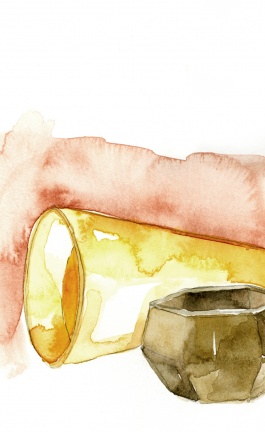 A truly unique gallery space on the historic Clemenceau Avenue in Beirut, Lebanon, is the new home of Carwan Gallery which specialises in contemporary limited-edition design objects and art. Founded in 2010 by architects Pascale Wakim and Nicolas Bellavance-Lecompte, Carwan originally operated as the Middle East’s very first pop-up design gallery, participating in numerous international and local design events - we actually made their acquaintance during Milan Design Week 2011, through their Totems for Living project (a collaboration with Oeuffice). Since the very beginning, Carwan’s mission has been to foster relationships between designers and craftsmen through commissions, encouraging designers from all over the world to find inspiration in Middle-Eastern crafts in order to create unique contemporary objects. At the same time, Carwan Gallery strives towards an enrichment of the vocabulary of local designers and craftsmen  whilst promoting their work internationally. The gallery represents an impressive line-up of established and upcoming designers and artists, whose work was on display at its celebratory opening exhibition on 22 November 2013.

Occupying a bright modernist space (within Beirut’s Gefinor Centre, designed by architect Victor Gruen in the late 1960’s), Carwan’s new permanent location boasts wraparound glass walls and a dramatic concrete slab for a ceiling. During the opening celebration, guests were wowed by the food-design installation ''EAT THEM'' created by chef Charbel El Hachem and designer Carlo Massoud, which consisted of a spectacular chocolate fondue (a 55-kilogram chocolate cube slowly melting on a heated marble table) and a display of 123 bent spoons attached on the window behind it, each spoon holding a savoury treat. Renowned Paris-based designer India Mahdavi was also present at the opening, to showcase her ''Landscape'' series of limited-edition tables and vases (commissioned by Carwan) and to sign her new publication in collaboration with Soline Delos entitled ''Home.''

[YatzerTip]: A new exhibition featuring ''The Secret Collection'' by Italian design collective Fabrica, curated by Carwan’s Pascale Wakim and Nicolas Bellavance-Lecompte, will be on display at the National Museum of Beirut from 12 December 2013 to 10 January 2014.