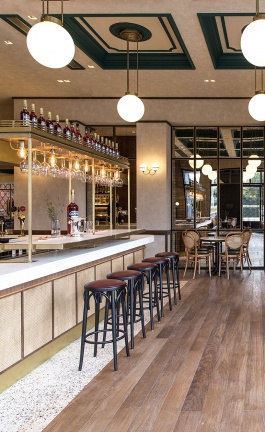 Papillon: Channelling the Flair of Parisian Bistros in the Athenian Suburbs 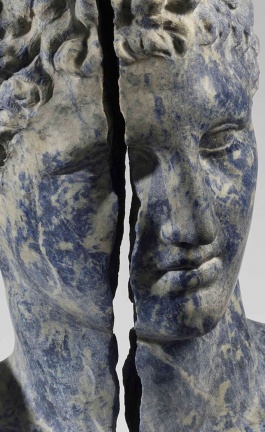 Antoni Gaudí's Casa Vicens Opens its Flamboyant Doors to the Public After 130...

The flamboyant yet elegant, modern yet classic Casa Vicens, the first house built by Antoni Gaudí, has been renovated, restored and repurposed and in autumn 2017 opened its ornately carved doors to the public, 130 years after its original construction (between 1883-1885). Purchased by the prominent Andorran private family bank, MoraBanc in 2014, they sponsored this transformation as a joint venture with Calaf AMC5 and enlisted architects José Antonio Martínez Lapeña, Elías Torres and David García of the architecture studios Martínez Lapeña-Torres Arquitectes S.L.P. and Daw Office S.L.P. to mastermind the immense project.

The repurposing of Casa Vicens means that it is now a tourist destination, with organized tours of the house itself being complemented by a series of temporary as well as a permanent exhibitions, the latter concerning the building's history, Gaudí's influence and its context.

We need not introduce Antoni Gaudí, the Catalonian architect who redefined decoration, architecture and aesthetics. But if anyone doesn't know his work, taking a look at Casa Vicens - BTW he was 31 when he built it - is the perfect flash introductory course. Even today, nearly a century and a half after it was first constructed, this building stretches the imagination and challenges the notion of what a private home "should" look like. For until it was purchased by MoraBanc it was indeed a family home, and one that throughout its life underwent a succession of modifications, such as being divided into three independent flats in 1925.

The corner building - which in 2005 was named the eighth building in Barcelona to be listed as a UNESCO World Heritage Site - with its colorful tiles covering the façade, gingerbread edges and pointy towers poking above the two story roof is an impressive eyeful. Perhaps because it was originally built as a summer home for broker-dealer Manel Vicens i Montaner, the unique disposition of its designer was permitted to create such visual affluence.

For Gaudí was indeed a genius when it came to design, a trait in full view at Casa Vicens. The way he unexpectedly reinterpreted traditional Catalan construction - both indoors and out - incorporating within it a plethora of symbolic and decorative elements has indeed led to many people spending their entire lives studying how he managed this accomplishment. So, we won't attempt to go into examining that here. Instead, we'll take it at face value and stare in awe and wonder, each blink of an eye revealing to us yet another layer of his mastery and another detail that stands out. No surface is unadorned and there is just so much to see. We’d better get in line.