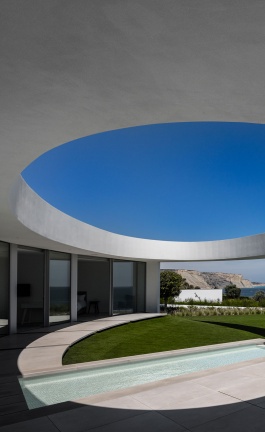 The Elliptic House by Mário Martins Atelier in Lagos, Portugal 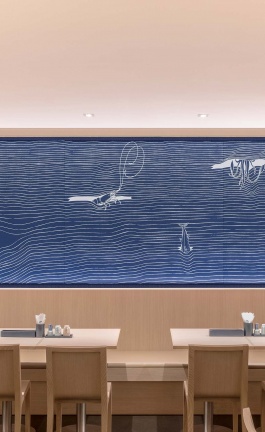 Cask 215 is a bar which proves that titles often are the best starting points for design inspiration. Located in the town of Šiauliai in Northern Lithuania, everything about Cask 215 - which was completed by interior designer, Ramūnas Manikas, in 2016 - brings to mind an aged wooden barrel and fully immerses patrons into both the owner's and designers' theme.

At just over 100 square meters, the large bar is the centerpiece of the space that everything else revolves around. It bears the strongest design resemblance to that aged wooden barrel inspiration piece, featuring a surround of ebony-colored oak wood, rounded corners (both direct references to barrels) and a thick, concrete bar top. The same dark oak is also used for most of the flooring, parts of the ceiling, as well as for all of the round tabletops and barstools.

Meanwhile, the floor directly surrounding the bar is covered in black and white checkerboard tiles; a colorscheme which is also used in the black and white subway tiles that sheath the columns inside the bar, as well as the supporting columns throughout the space. These are juxtoposed by the two large "panels" on either side of the doorway, as well as those resting along some of the interior walls; their heavy wire, open framework filled with stacked logs.

Seeing as the bar's title, "Cask," is such a strong design element that it seems only fitting that these letters feature throughout the space; first, via neon light tubes around the interior of the bar itself (each letter, "C" "A" "S" "K" featuring on a separate subway-tiled column) and, second, formed out of concrete on facing brick walls.

All in all, thanks to the predominance of wood and its easy juxtoposition with more industrial elements, the design of Cask 215 conspires to create a spot that is inviting for patrons, with a definite warmth and ease.