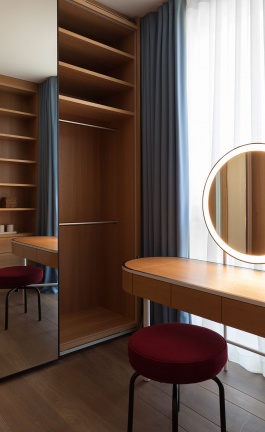 Opulence and Restraint Inside an Apartment in Moscow by Form Bureau 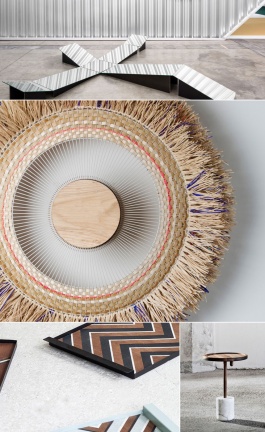 Strange Horse: Cheval Bar and Restaurant in Thessaloniki by Ark4Lab of Archit...

Like an urban deconstruction of a saloon on Thessaloniki’s Mitropoleos street, Cheval is a drinking, dining, singing horse which continues to be fresh and to enjoy the thriving popularity of a novelty. It all starts with a horse whose mouth and nose conspicuously look like a martini glass.

Pushing the door into Cheval, it is rather easy to pretend that you’ve left some post-modern version of a horse outside, in the unvarying tension of the city, and can now insulate yourself from its mix of equal triviality and anxiety. The big window out to the street lets lots of light into the two-level space, where chevron patterns dominate. Their dominance can be explicit as in the window’s metalwork, or implicit, as in the lighting fixtures; the ceiling itself with its sculpted layer standing undecided between the lightness of elevation and the threat of protrusion; the tables’ edges; the orientation of objects in the space; the mere texture of its materials. Yes, Cheval does have -and love- its angles.

Cheval’s own, metaphorical angle, greets people at the entrance. It is a male mannequin with the head of horse, that designers George Tyrothoulakis and Evdokia Voudouri of Ark4LabofArchitecture introduce as a reference to a nomadic way of life. It could indeed be that Cheval’s expressive horse blends the nomadic ways of life, bringing together the present and the Wild West past. It could also be that it talks about contradictions. There are elements in Cheval that conform to trends of its business, one that requires it to be current, and as versatile as necessary to function as a meeting point early in the day, or late at night.

Cheval does this with elegance –it conforms without compromising its guiding aesthetics. Thus, there’s neon; there’s a sarcastic commentary of a fireplace; there’s the known tug of war of a restaurant claiming its space next to a bar, a lounge, and so on. Cheval remains wonderfully coherent throughout all this, by enjoying the corresponding materiality at the same time that it invites its patrons to generally escape it. It all makes for a somewhat meta personality. And a very endearing one, as well.