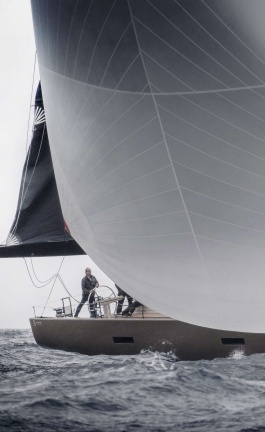 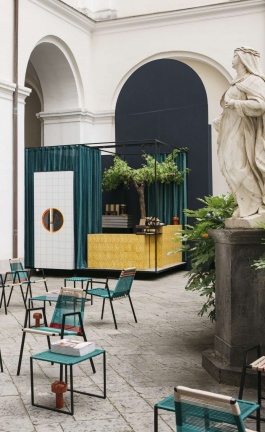 Located in Odivelas, a densely populated municipality a short drive north of Lisbon, Portuagal, the recently opened Colinas do Cruzeiro Islamic Cultural Centre caters to the religious and cultural needs of the local Islamic community, which is one of the largest in the country. Designed by Portuguese architects Estúdio AMATAM, the Centre eschews religious iconography for a modern, clean-cut, minimalist aesthetic that promotes spirituality and immerses visitors in a sculptural sanctuary that fosters reflection and conversation. Sporting a rich portfolio of residential and recreational projects, this is Estúdio AMATAM’s first religious endeavour but judging from the Centre’s pristine elegance and awe-inspiring ambience, they have a knack for it.

Interestingly the city of Odivelas takes its name from the Arab word for watercourse “odi” and the Latin "velas" which refers to the sails of windmills, so it’s only fitting that the Centre was conceived not as a purely religious place but as a venue for the whole community, promoting social interaction and cultural dialogue. This programmatic plan is reflected in the Centre’s facilities which apart from male and female prayer rooms, also include an exhibition space, a meeting/study room, and a space for the dissemination of literature.

The design team sought inspiration in traditional Islamic architecture, re-interpreting several characteristic features like pointed horseshoe arches and groin vaults through a design language of contemporary minimalism. Underpinned by a monochromatic, mostly white palette, and the extensive use of marble, the introduction of such curvaceous features into an otherwise rectilinear architecture results in fluid spaces that sculpturally unfold in a tight-knit sequence. What’s more, the harmonious combination of traditional Islamic motifs with a modernist architectural language of less is more imbues the spaces with a sense of spirituality that is neither doctrinal nor mystical, and symbolically conveys the Centre’s role as a place of cultural dialogue.

At the sparse, all-white entrance space, an olive tree, which is considered a “blessed” fruit in Islam, functions as a subtle indication of the venue’s spiritual character, while the corridor’s dynamic flow of arches transports visitors both spatially and psychologically between the venue’s spaces. Highlighted by black details, while the all-white colour palette predominates throughout the communal spaces it’s diluted in the male and female prayer rooms, which feature timber panelling and coloured vinyl respectively, in order to provide visual and tactile comfort. It’s an astute gesture that evocatively encapsulates Estúdio AMATAM’s incisive approach.