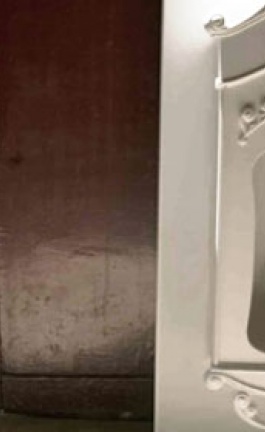 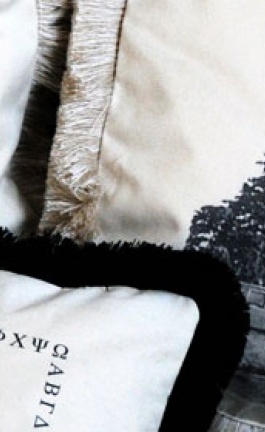 CONSTANTIN.ATION ( Empire of The Rocking Platforms )

During the Salone del Mobile 07 exhibition in Milan (18-21 April 2007) a group of students from Central St. Martins in London broke free of academic institution and formed their own show, calling themselves merely "ArtSchool." Constantinos Economides with his' “rocking platforms”, was one of the participants. Then, the famous design web-magazine core77 published his awesome project the first day of the exhibition...A small reference about the project was also introduced as part of the “Climate Exhibition” which was organised by the British Council and [re]design, in China (November 2007 - January 2008).

On the 10th of July 2008, the “rocking platforms” and their creator, Constantinos Economides, started their web-voyage, because of a presentation by Marcus Fairs, founder of the respectful dezeen web magazine.  After his post..the "rocking virus" infected many design sites and blogs. Here is what followed,,,,10 July 2008 | today and tomorrow / chairblog / proteinos / dwell / I Am still Alive / straight up cool design , 11 July 2008 | tr3sdosuno / netcheckr / coisas, 12 July 2008 / designspotter

Describe yourself in five words.
Creative, impatient, nervous, nostalgic ...
If you could be a different nationality, what would it be?
Italian or Dutch, for obvious reasons ...
What’s your favorite movie?
“Jeux d' enfants” – " Love me if you can"  directed by Yann Samuell in 2003
What kind of music you like to listen?
Anything that is pleasant to listen, but lately I have been listening to electrojazz
What is the most expensive piece of furniture in your house?
A George Nelson's “Starbust” wall clock.
You are going for a weekend “somewhere” and you have to invite 7 famous people, dead or alive. Where would you go and who would they be?
Paris, with Albert Einstein, Audrey Hepburn, Kurt Cobain, Leonardo Da' Vinci, Donald Judd, Hans Wegner, Jurgen Bey.
Are you afraid of the future?
Depends what you consider “future”. Tomorrow? 5 years? 20 years? 60 years? If its 60 years then yes.
Describe me the perfect day?
Lost in Tuscany ...
What does space mean to you?
Memory, experience, narratives ...
Please give me the most important steps of your “design” life.
Studying abroad. Without doing that, I don't believe that I could have achieved what I did until now.
What inspires you?
Everyday Life.
What is your favorite design material?
Anything that can be re-used.
Of your own design work, for what project are you most proud of?
The platforms! It’s my first design work that has been prototyped.

Your rocking platforms where part of a collective called art school, during the Salone Satellite 2007 in Milan. How influential was this participation to your future progress?
Not that much, even though it was great fun and experience.
The concept behind your rocking platforms... is obviously green! What are your feelings on “Green Design”?
“ Green Design” may range from the microcosm of designing small objects for everyday use, through to the macrocosm of designing buildings, cities, and the earth's physical surface. Moreover, there is a need to produce places, products and services in a way that reduces use of non-renewable resources, minimizes environmental impact, and relates people with the natural environment.
Your environmentally responsible wallpaper project with Daniel Meyer which won the 3d prize at the D&AD Global Student Awards in 2006, reminds me of Shi Yuan’s "Design with life" heat-sensitive wallpaper and your multifunctional poof, reminds me of Teruhiro Yanagihara‘s “Half way” furniture. Do you believe that in design parthenogenesis exists or not?
No it doesn't exist, unfortunately. There are so many things outhere nowadays. On the other hand, anyone could argue that everything may be unique, as it can be used by a different person and handled in a different way.
Your umbrella lampshade “brings light” when you open it and switch it on, which breaks the rule that an opened umbrella inside a room.. brings bad luck. The purpose of your design was to “break” the bad luck’s taboo…or not?
Maybe...
Describe living in 2108, 100 years from now, in 8 words!
The way the world is going on, I can't see people living until then.
Luxury is?
Things you already have and you appreciate.
Design is?
Everything that has a purpose to exist.

Rocking Platforms | "Like an entry level roller skate that can be strapped under any shoe, the rocker is an adaptable extension that turns any stool or chair into a toy. The rocker is a means of injecting fun into the process. Its childish attitude, to be willing to make fun of anything, can turn the most serious looking piece of furniture into a joke. It adds a playful element in a humorous way and challenges our existing relationship with furniture. Since childhood it is in our nature to abuse things (a stick can be a gun, a surgical tool, a tool, a walking aid or a means of measuring the depth of the water), the rocker reminds us of that way of seeing things."

rocking chair and cradle | "The proposal shows a way, a concept, how a redundant, a not in use chair, can be trans- formed in another way, that can enable it to be used again through a new relation- ship with its user. The above chair, even though is still being used as a chair is introduced as a rocking chair. Moreover, the base of this rocking chair is extended, so a baby’s cradle can be attached on it. So by the use of this product, a parent can seat and relax, and at the same time he/she will be rocking the cradle, so the baby can fall asleep."

umbrella lampshade | "This conceptual application looks into how re-using redundant objects and products­. The aim is to provide an expansion of their life expectancy by introducing them to users as a transformed product, which would challenge a new relationship with its new user. This has been part of several conceptual proposals for my major project."

environmentally responsible wallpaper | To purchase energy saving devices is easy. However, to become more conscious about energy use is difficult. Many energy consumption processes are taken for granted, they are intangible and invisible entities and through their passive nature easy to ignore. First thing on Thomas’ mind (25) when he comes home is to switch on the central heating.Often the heat then stays on over night. Thomas admits: „When I go to bed I often forget to switch it off..“ The thermo chromatic wallpaper acts, like the process it reacts to, in the background. The four thermo chromatic inks used react to temperatures between 18 and 27 degrees Celsius.  At 23 degrees the faint pink small budding flowers change into fully grown bright red flowers. At 27 degrees the stems and foliage are changing from green to yellow.The inks are applied using halftone print; by doing this the overlaying effects are achieved, e.g. pink turns red, then yellow.  This reflects a natural process and informs the spectator in a subtle way. Different people will react to it in different ways, sparking of conversations about the issue. Ultimately this is the wallpapers goal, to raise awareness by inspiring debate. Like art it is meant to encourage people into dialogue and potentially inspire a feeling of responsibility.This project won third prize at the D&AD Global Student Awards 2006. Project with Daniel Meyer

and refrigerator bookcase | A refrigerator keeps fresh, food, drinks and fruits, which enable them to be consumed without them being left rotten, if they are not being kept in the fridge. This proposal looks into providing a metaphorical afterlife to this refrigerator but at this time being used as a bookcase. Books nowadays have become redundant due to the introduction of digital technology; a user can download anything he wishes from the Internet or any other recourse. The “Refrigerator Bookcase” keeps the books “fresh” reminding us that still the information and knowledge books can provide us are of a significant value.

computer postbox | The joy and experiences we acquire by receiving letters nowadays have died. With the development of technology and the introduction of the Internet some habits that seem an everyday routine have eclipsed. At this point with the prologue of the Internet, receiving mail by post has seen a decline, however it has been replaced by electronic mail. At this point the medium that provides this electronic service becomes now the medium for providing this nostalgic habit of receiving letters by post.

Qualification Highlights:
More than 3 years in experience as a designer in design consultancies andstudios. Expertise in the the complete design process, from the initial conceptthrough to an effective presentation. Effective communicator with stronginterpersonal, organisational, technical and leadership skills. Self-starter towork effectively in both independant and team situations with positive results.Quick learner with an ability to grasp new technologies, software and hardware.

Personal Profile:
I believe I am conscientious, hard working, reliable and able to workproductively either on my own or as part of a team. I can adopt to anyenvironment, and would relish the opportunity to user my design skills in thedirection of contributing positively to any given work situation.