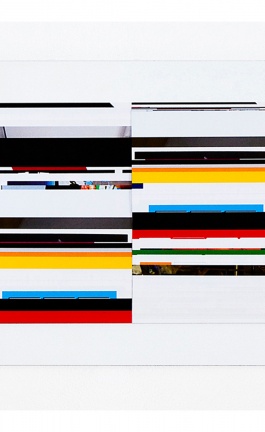 Stunning Art Made With Magazines And Telephone Directories 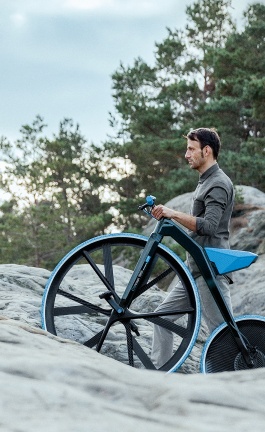 When he was younger, Tokujin Yoshioka wanted to bring a cloud from the skies above down to earth. His current fascination with natural processes and organic structures go to show that this desire never went away. Aptly titled ‘‘Crystallize’’, his latest solo exhibition at the MOT / Museum for Contemporary Art in Tokyo, Japan, includes sculptures and larger installations which expose the otherwise unseen, delicate morphogenetic processes found in natural processes such as crystal formation, and the way prisms and spaces interact with light.

For Yoshioka, the self-generating, self-organising processes found in natural phenomena can be used as they are, not merely as an aesthetic facade that can be copied superficially. His intention is not to recreate nature, but to expose the innate beauty and creative ‘‘energy’’ in it, by making natural processes part of the art itself. As a result, he literally grows his paintings and sculptures as one would grow plants in a greenhouse through the use of a special liquid which allows natural crystals to grow freely (a transparent pool filled with this liquid, containing a growing colony of crystals is also part of the exhibition that offers visitors a direct encounter with his creative process).

In some of his works, he provides the crystals with a base, something to attach themselves to (a flower for his ‘‘ROSE’’ sculpture or thin strings for his ‘‘Spider’s Thread’’ chair). In other works, he allows the crystals to assume their shapes while playing music to them: his ‘‘Swan Lake’’ series consists of crystal structures which grew while exposed to Tchaikovsky’s famous ballet music. The centrepiece of the exhibition however is the large-scale installation ‘‘Rainbow Church.’’ Inspired by the unique ambience of the Rosaire Chapel designed by Henri Matisse, ‘‘Rainbow Church’’ features a huge window (reminiscent of those seen in gothic cathedrals) which instead of stained glass, is made of 500 crystal prisms – thus creating a diffusion of rainbow rays in the space and an almost religious experience of purity and timelessness.

Well-respected in Japan and abroad, Tokujin Yoshioka is an artist and award-winning designer whose work combines design with architecture and exhibition installation-art (many of his artworks feature in the permanent collections of museums around the world). As a furniture designer, he exhibits at Salone del Mobile every year. He has also been designing store interiors for brands such as Issey Miyake, Swarovski, Hermès and BMW.