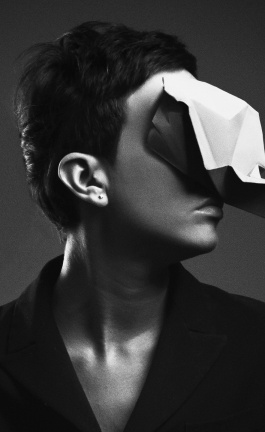 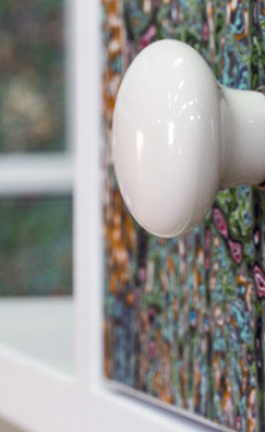 A Tribute To Sea Voyagers: The Danish National Maritime Museum By Bjarke Inge...

Bjarke Ingels Group (BIG) has just completed another impressive project in their home country, Denmark which opened its doors to the public in early October 2013. Located in the town of Helsingør, (just 50 km north of Copenhagen) the building for the new Danish National Maritime Museum sits in the shadow of one of Denmark's most important buildings, Kronborg Castle - also known as Hamlet’s Castle, after Shakespeare’s play. With the aim of keeping views of the venerable landmark unobstructed, the architects at BIG decided to submerge the entire museum, building its galleries underground. However, in doing so, they faced a major problem: in building underground, where exactly do you place the facade? A solution was found through incorporating the gigantic on-site 60-year-old dry dock: measuring some 7 meters in depth, the dock became a submerged courtyard onto which all the museum spaces open up. Instead of a monumental facade, the architects gave the people of Helsingør an ‘‘urban abyss’’ as they call it -  a void space that functions as an inversion of a public building.

The museum has been created to showcase the Danes’ historical relationship with the sea. From fishing and exploration to commerce and its military navy, visitors view the nation’s maritime activities as they pass through a winding, linear space that exhibits the adventures, dangers and exciting journeys of Denmark’s seafarers. In placing the galleries around the aforementioned dry dock, the dock itself becomes the museum’s centrepiece, thus enabling visitors to experience the scale of ship building. Other elements such as curving flights of stairs, floating constructions and the fact that all the floors in the galleries are gently sloped, reflect both the experience and imagery of travelling at sea.

Other striking features within the museum include the cafe located at the one end of the courtyard (featuring a dramatic outdoor stairway leading down to it) as well as  a stunning auditorium that occupies the very heart of the whole complex. Symbolising transparency and the importance of public gatherings (a concept at the very core of BIG studio’s working ethos), the auditorium has a somewhat unconventional structural layout, as it sits on two intersecting slates that diagonally cut into each other, forming an X shape.

Part of a broader initiative to attract the general public into the Helsingør port area, the Danish National Maritime Museum integrates gracefully into the area’s master plan in a multitude of ways where its bridges connect neighbouring buildings, its south-eastern bridge extends into a harbour promenade and the ground level around the museum is an open plaza, with public seating lined up across its southern side. Inspired by the shape of ship bollards, the granite seats in the open plaza designed by KiBiSi also offer a playful element of public intervention: their arrangement of dots and dashes contains a secret message in Morse code, just waiting to be deciphered by urban explorers visiting the museum.