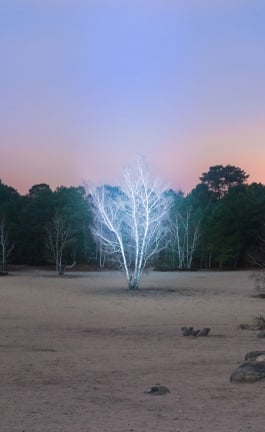 Marche Céleste: Alexis Pichot's Illuminating Immersion Into the Forest of Fontainebleau in France 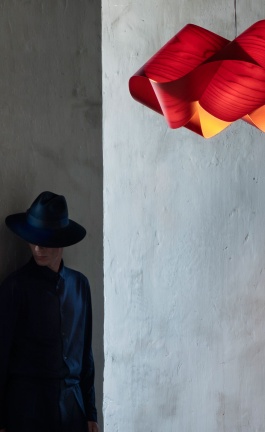 The apartment’s combination of distinctively high ceilings and tall, street-facing windows inundate the rooms with daylight which the architect has amplified by the whiteness of walls and ceilings. But rather than white-washing all the surfaces, several wall sections have been left in their weathered, discoloured condition as an insignia of the building’s long history. Similarly, antique mirror frames are partly covered by patina and the spotted bathroom mirror sports silver deterioration, altogether evincing a nostalgia for a bygone area which is made all the more vivid by the preservation of the heritage decorative elements: the ornate ceiling cornices and medallions, the gilded wainscoting, the marble and faience mantelpieces, one of the latter dating back to the 18th century, and the chevron-patterned parquet flooring.

Delgado-Elias’ major interventions are marked by black elements, a hallmark of the architect's style, but also a colour that is absent from the decorative palette of 19th century bourgeois interiors and thus signifying a break from the past. Chief among these black-coloured interventions are the contiguous timber shelf that runs below the windows across the living room and the kitchen, the built-in, triangular headboard structure that aligns the bed with the bedroom’s length, and the concrete kitchen island that floats above the parquet flooring. Black timber is also used to clad the hallway’s walls and doors creating a dark, theatrical antechamber that makes the entrance into the much brighter living spaces even more dramatic.

Furnished with an eclectic selection of mid-century and Art Deco pieces—including mismatched vintage dining chairs that Delgado-Elias found in a flea market—which bridge the heritage elements of past opulence and the contemporary interventions of sombre minimalism, the renovated apartment is a contemporary abode that embraces the present in nostalgic memory of the past.