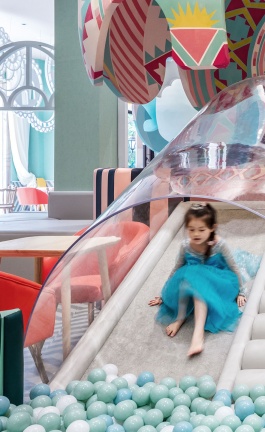 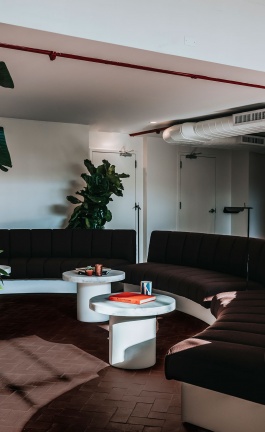 The Urban Ease of Gowanus Inn & Yard in Brooklyn, NY

Immerse Yourself in Art, Life and Politics of Interwar Italy in Fondazione Pr...

Hosted in Fondazione Prada’s Milan venue, “Post Zang Tumb Tuuum. Art Life Politics: Italia 1918–1943” is a sprawling retrospective of Italian art and culture during the interwar years that aims to immerse the visitor in an era when artistic liberalism co-existed with creeping fascism, avant-garde ideas clashed with revivalist attempts, and utopian dreams encountered an ominous reality.

The exhibition not only showcases a wide selection of works of art that represent the artistic movements, themes and major voices of the era, but more importantly reconstructs the historical and cultural context in which they were created and exhibited, in some cases literally. Conceived by New York studio 2x4 in collaboration with the exhibition’s curator Germano Celant, the show has been set up in and around twenty partial reconstructions of public and private exhibition rooms. Along with a trove of meticulously selected documentation that includes more than 500 paintings, sculptures, drawings, photographs, posters, pieces of furniture, and architectural plans and models by over 100 authors, the exhibition re-contextualizes the art and culture of interwar Italy in the most vivid and comprehensive fashion.

After the First World War, when promises of territorial expansion were dashed, Italy found itself not only burdened with inexorable debt but also demoralized. This environment, coupled with the instability of a recently adopted democratic system and widespread civil unrest, allowed Mussolini to take over the country with his populist and nationalistic agenda in 1922. Although the fascist regime controlled and censored most cultural production like media and film, art and architecture were relatively spared due to the regime’s conflicting platform that promoted both the return to the classical order of Italy’s illustrious past and the establishment of a modern state of technological innovation.

This socio-political context gave rise to a rich variety of movements such as Futurism, the expressionistic Scuola Romana, the traditionalist Ritorno all’ordine (Return to order) that spawned the “Novecento Italiano” exhibitions, and the re-evolutionary Les Italiens de Paris. The most famous of the latter is the co-founder of Pittura Metafisica (Metaphysical Αrt), Giorgio De Chirico, whose haunting and evocative paintings combine a neo-baroque aesthetic with a surrealist sensibility and whose “Hall of Gladiators”, designed and painted in 1929 as the reception room of the Parisian home of Léonce Rosenberg, at the time a prominent art dealer and gallery owner, has been reconstructed for the exhibition.

De Chirico’s paintings had a strong influence on the Surrealist movement and drew international acclaim as attested by two New York shows documented in the exhibition, MoMA’s “Fantastic Art, Dada, Surrealism" in 1936-1937 and the 1940’s “Giorgio De Chirico, Exhibition of Early Paintings” at the Pierre Matisse Gallery. They are also a testament to the promotion of Italian art abroad seen in Pittura Metafisica's co-founder Carlo Carrà’s solo show at Umelecka Beseda in Prague in 1932 and Giorgio Morandi’s participation at “Das junge Italien” at Berlin’s Nationalgalerie in 1921.

As expected, the exhibition dedicates considerable resources and space to examining the great public exhibitions such as the Venice Biennale, the most impressive of which is the reconstruction of the room devoted to sculptor Adolfo Wildt in 1922, and the Rome Quadriennale, which was founded in 1931 in order to boost the national art system and which is showcased here through the reconstruction of the room devoted to painter Gino Severini at the 1935 edition.

With its emphasis on speed and technology, the glorification of war and the rejection of the past, Futurism found fertile ground to flourish during the rise of Fascism in Italy and the show allows the visitor to contextualize many works by highlighting the exhibition spaces that hosted them. One of those is Umberto Boccioni’s "Dinamismo di un footballer" (1913) which visitors can admire alongside photographs of the Futurist exhibition at the Biennale di Roma in 1925 where it was first displayed as well as photographic renderings from 1934 that depict the home of Futurism founder Filippo Tommaso Marinetti. Other documented shows include the Esposizione Internazionale di Belle Arti della Società Amatori e Cultori di Belle Arti di Roma in 1928, whose room VII hosted Giacomo Balla’s “Quadro fascista”, a.k.a. "Le mani del popolo italiano" (1925), and the Italian Futurist exhibition at the U.R.S.S. Pavilion at the XV Biennale di Venezia in 1926, where Fortunato Depero’s “La rissa” (1926) was displayed.

Although Futurism was seen positively by the fascist regime, it often clashed with its preference for the classical forms of Imperial Rome. Ritorno all’ordine (Return to order) on the other hand, was a movement much more aligned with fascist ideals and the exhibition take great pains to reconstruct the first and second “Novecento Italiano” exhibitions, orchestrated by Mussolini’s mistress Margherita Sarfatti at the Permanente in Milan through the use of archive materials such as catalogues, photographs, and historical documents.

The state’s controlling power over the country’s cultural production is also evident through the large official expositions that it organized like the monumental Mostra della Rivoluzione Fascista (1932), the Esposizione dell’Aeronautica Italiana (1934), and the Mostra Nazionale dello Sport (1935). The former, staged at the Palazzo delle Esposizioni and subsequently at the Galleria Nazionale d’Arte Moderna in Rome for the tenth anniversary of the regime, became a powerful propaganda tool for the regime and its documentation takes centre stage in the venue’s Deposito rooms. At the same time, autonomous voices, both conciliatory and dissenting, vocal and quiet, can be observed through thematic exhibits of important politicians, intellectuals, writers and thinkers that punctuate the show.

Fittingly, the exhibition title is a reference to Filippo Tommaso Marinetti’s seminal work of modernist art, Zang Tumb Tuuum, a poem about the Battle of Adrianople that uses phonetic, spatial and typographical elements to enhance the verbal meaning of the words. Published as an artist's book in Milan just before WWI, it went on to influence a number of artists including several featured in the exhibition like Balla, Carrà and Boccioni, and ushered in the modernist ethos of the interwar period as well as herald the subsequent establishment of fascism in Italy - Tommaso was the author of both the Futurist Manifesto in 1909 and, a decade later, the Fascist Manifesto. With its rhythmic yet menacing titular verse, which is also the book's closing stanza, it couldn’t be a more appropriate slogan for such a paradoxical era of Italian history that Fondazione Prada has so masterfully documented.