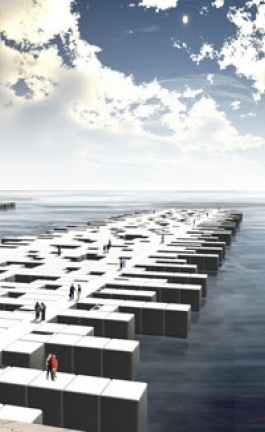 What if New York City 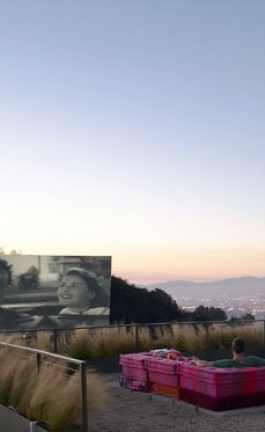 Costas Voyatzis
View all Photos
STUDIO DESIGN RAFASCHIERI has just installed a Project in Design of Furniture Church in the center of saint Eucaire’s church in METZ ( FRANCE ). The project is made in special Magnesium and glass.

-
The Apocalypse, a guide in the development of the concept

For two thousand years, the Apocalypse is a continuous source of inspiration. Many works of art represent the vision of the future World described in the New Testament. The prophetic story that the Old Testament contains is proclaimed accomplished by Christ’s sacrifice. The New Testament focuses on the return of Christ who comes at the end of time for the trial, for life, for the heavenly hi.
The Last Judgement fascinated by the strength of its expressive images that arise at each reading of the text. The Apocalypse ends with the vision of the heavenly Jerusalem, the story which began with the expulsion of man from Paradise Land finished with his ascension to a new heaven and a new earth. Those who access can quench their thirst at the river water of life and eating from the tree of life.
In the tables, living water flowing magnificent fountains in the middle of a garden paradise. There is a parallel with the tree of knowledge of heaven on earth. In the project design, we sought to represent water, and valuable source of life, raised several times in the texts.

The spiral, expressive element and founder
The spiral reveals natural impulses crossing humans and unite the laws of the universe. It is a dynamic form which is increasing its own energy. The spiral includes in its fullness, waves and points, it includes even the universe and its principle of growth in four dimensions it curl in on itself, dilating to the infinite. It expresses life, the universe and is part of the mystery of creation and the infinite.
Loaded with symbolism, it is seen as complementary element of the architecture. It provides a bridge while evading the cutaways. … Between the vertical and horizontal, this archetype can be found in the branches of trees, in the escape of water in the clouds, and devastating power of tornadoes and hurricanes, in our twisted muscles in human DNA …
We used it as a porter in the building furniture. Based on a two-dimensional plane by a process torsion, it produces a three-dimensional volume, which means a spiral, here is the principle constructive and structural furniture. This process increases the rigidity of the elements and gives the impression of a waterfall that runs deep into infinity.
The pedestal of torsades furniture in the space designate a movement, an elevation. The alternation of elements and the appearance of the material used help in the search for transparency integrating all in the heart of the church.
We use the expressive strength and structural integrity of the spiral to balance the three poles of the celebration: the Altar, Ambon and the Presidency. It is present also in the rest of the furniture in a consistent way for the formal reading of the whole and acting on the common memory.

The altar, the presence of a mystery
We took as a reference the Last Supper, the last meal that Jesus took with his disciples on the eve of the Passion, painted by Leonardo da Vinci and repeated in the history of art by many other painters, this very long table where Christ is the center and his apostles on either side. We imagined the altar as a table elongated representing Christ welcoming us with open arms.
The emerging from the altar akin to a cauldron ovoid, a circle stretched in both ends. It is a form retracted, which introduces a pulse, energy enclosed in itself. It alluded to a fountain flowing water. The foundations of the Holy City, the apostles of Jesus are symbolized by the twelve twisted elements that support the table cauldron.
Two expressive forces exerted at the same time: the verticality waves twisted represents a movement that constant elevation balanced by the horizontality of the cauldron plan to return to calm. We wanted to give the altar a human dimension, that of the width of the arms extended, but also some discretion. Its proportions and its location can be linked to him in a certain freedom, space opens itself and invites them to devote themselves to others.The altar is the distance and proximity, the infinite distance of a sign sacred.

The pulpit, instead of the Word
The pulpit, designed in the same vein as the formal altar rises to the top. We used to draw the spiral vibrations of sound waves, to discuss the scope and depth of the voice of God, who teaches the Faith. Through its components and twisted corrugated we translate the Alpha and Omega, infinity.
There is a significant link between the altar and pulpit, its two poles, the celebration of the Eucharist and the proclamation of the word of God. The Apocalypse describes a “biblion,” sealed a roll of seven seals that only the Lamb may break. The opening of seven seals attributed to Christ the central role.