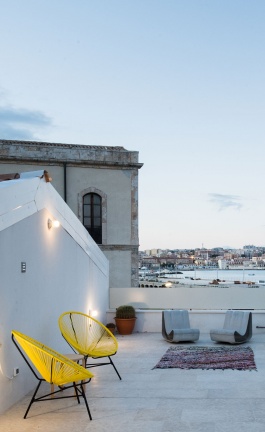 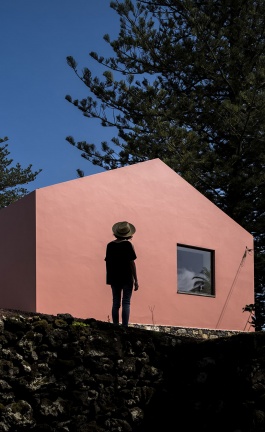 Stepping Inside The Abyss of Perception: Matière Noire, the Marseille Group S...

Headquartered in Marseille’s old flea-market on the outskirts of the city, street art gallery Saint Laurent has given 28 year old Gonzalo Borondo, and seven of his artist pals, carte blanche to turn the 4,000 square meter warehouse into a totally immersive show. Entitled Matière Noire (dark matter), the group show will run through to 31st January 2018.

Although the gallery is renowned for its monumental street art shows, Matière Noire is a mixed-media installation. Co-curated by Carmen Main, with whom Borondo worked on Animal, a 2015 London show, the pair invited six other artists including Edoardo Tresoldi, Isaac Cordal, Robberto Atzori, BRBR Films, A.L. Crego and Diego López Bueno Sbagliato, who spent three months on site together to transform the warehouse into a giant art maze.

“We found almost everything that was used for the installations right here – the old analogue films, the furniture…” explains Borondo. Inside, the building is a time-warp. Stalls line darkened lanes filled with bric-à-brac, from VHS players and headless dolls to rare furniture finds. Upstairs, the open space is a graveyard of furniture, abandoned by its previous owners.

The show starts downstairs, where visitors step through a heavy black plastic slot curtain that reads ‘Chercher Retrouver’ (seek, find once again), and are plunged in darkness lit only by grainy black and white films playing on a loop. One screen shows puffy white hands digging through soil, another a tree spinning across and a maddened dog barking ferociously at an off-screen bystander. Moving through, room after room unveils its secrets, forgotten and buried in our unconscious, secrets we all have.

Split into three acts, Projection, Perception and Creation, the show is a journey into the unknown reality of our world and all the small parts that are visible but that we don’t see. It explores the collective memory, offering a glimpse into all the realities that co-exist.

The exhibition needs to be visited in silence, letting the air be filled with the constant roar of metal rolling relentlessly, drowning out any other sound or thought.

Rooms like Echos by Carmen Main, tap into emotion, recalling something that’s just out of reach; a familiar sensation of a memory. The fragmented films – a birthday party, a football game, a baby’s first steps – are projected onto the walls of a small closed room, and are split like light by a spinning plastic mobile, to the eerie sound of slow, thin music.

Each piece is about exploring what we can’t see; the good, the bad, everything in between.

In another room entitled Caverna, Isaac Cordal fills the space with small identical figures of a man in a suit. Life and the weight of its unbearable monotony, its social norms, gradually bring him to his knees in a pitiful position of utter despair.

The show culminates upstairs where visitors stand on the rickety platform hoisted above the sea of furniture, to see a colossal spectral chandelier hanging in mid-air. Made up of hundreds of plexiglass squares painted with bric-à-brac shapes from the flea market, it glows in the dark like a celestial apparition. Meant to shine light on the many lives of the pieces of furniture below and yet leaving them plunged in darkness, it reveals only silhouettes, drawing a parallel with the individual lost in a collective reality.

Delightfully dark and emotionally intense, Matière Noire nudges the viewer to explore the forgotten that lies in each one of us. Stepping inside the show is like pushing the ‘pause’ button. It’s like being thrown in a behind-the-scenes archive of life where everything is significant and everything questions our perception of reality, both individual and collective as we dig around, searching for morsels of memories to piece together something close to meaning.