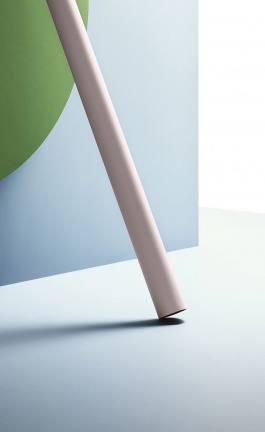 The Flying House by IROJE KHM Architects has Landed near Incheon, South Korea

Exactly Their Type: How Frederic Goudy and Syracuse University Became Font of...

Exactly Their Type: How Frederic Goudy and Syracuse University Became Font of Each Other

Goudy and Syracuse: The Tale of a Typeface Found

Frederic Goudy’s Sherman font was recently reborn as the official font of Syracuse University. I spoke to William LaMoy, responsible for the University library’s special collections and rare manuscripts, and former Editor of the journal Printing History, to construct a narrative of how this came to be.

Moving to New York in 1908, Frederic Goudy, the emblematic American type designer, couldn't have imagined that within the same year a huge fire would spread through the high rise housing his offices, consuming all his work. All, that is, but for the matrices of a single font that he had designed for himself and infrequently used, and which he had fortuitously given to the building’s superintendent, to keep in his safe. Village #1 would be the only one to his name when Frederic Fairchild Sherman, who mostly published little imprints for his friends, sought to purchase a font from Goudy.

Sherman obviously liked it enough to return to Goudy with a request for a brand new, exclusive font. Goudy obliged, and produced -what else- Sherman, which was used sparingly, due to the scope of the publisher’s business, and to the depression that would eventually drive him out of business entirely. After the publisher’s death in 1940, his widow offered all his type metal to a printer who, because of the war, had use for the metal, but none for the type. Both Village #1 and Sherman would have been consumed by flames, of war this time, if Sherman’s niece, who held the contracts and matrices for them, didn’t donate them all to an organization which she realized was intimately connected to Goudy: Syracuse University’s School of Journalism.

Since the School’s establishment in 1934, this connection was the result of the conscious efforts of M. Lyle Spencer, its first Dean, to promote it through associating it with a famous type designer like Goudy. As LaMoy points out, these efforts included presenting Goudy with an honorary degree, and having him consult the School’s faculty. For his part, Goudy custom designed a book plate for Spencer, and also drew a font for him and the School, namely the Spencer Old Style. Unlike Sherman and Village #1, however, this font unfortunately didn’t escape falling victim to the war, during which other uses for metal were prioritized, over the production of the matrices, which were needed in typography. Goudy was only able to turn over to Spencer drawings of the font, of which drawings few survive.

When Syracuse University’s Chancellor recently decided upon the institution’s rebranding, Pentagram Design Consultancy, the prolific company whose impressive work includes almost everything from Saks Fifth Avenue to J.K. Rowling’s “Fantastic Beasts” franchise, was called in. Looking for an aesthetic reasoning, Pentagram stumbled upon LaMoy’s article in the Printing History journal, documenting Goudy’s connection with Syracuse University. Once that had been highlighted, the next logical step was for the rebranding to be based on a Goudy font. Sherman was chosen, and Village’s Chester Jenkins, who had also worked with Pentagram on the rebranding of the Cooper Hewitt museum, was charged with its modernization and expansion into a full service font set, including a sans serif version, whereas the original consisted of only uppercase and lower case roman fonts.

The result is a surprisingly modern font, quirky enough and classical enough to stress how a learning institution often has to bridge the two. Sherman is also the surviving narrative of the efforts of three people who worked against setbacks to engineer their passions. For journalism, the teaching of which brought Goudy, Spencer, and in a way Frederick Fairchild Sherman to Syracuse, that’s a great story. And for Syracuse University, a site for the pursuit of achievement, great stories are the perfect font.

The tale of rediscovering Sherman, a typeface designed by Frederic Goudy in 1910 and revived by Chester Jenkins in 2016 for Syracuse University.

Exactly Their Type: How Frederic Goudy and Syracuse University Became Font of Each Other