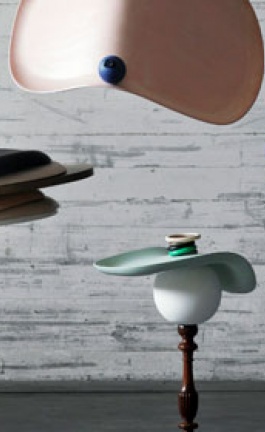 One of a kind designs for GUBI 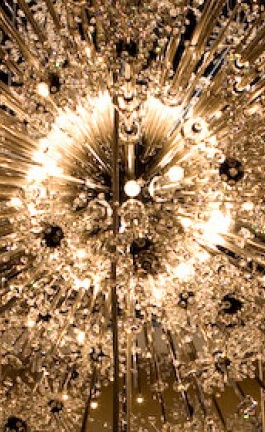 Dazzling Restoration at the Metropolitan Opera

Dakis Joannou is a Greek Cypriot industrialist and one of the leading collectors of European contemporary art. The earliest work in his collection is from 1985 and the latest one is his own yacht which name is Guilty, a project of Ivana Porfiri and exterior camouflage design by Jeff Koons.

Guilty is a yacht of 35 meters built in Italy, in the Cantieri Navali Rizzardi.
It has 3 decks: the lower deck which holds the guests cabins, the main deck with a large lounge, a service area and the wheelhouse and the upper deck completely dedicated to the owner’s area. Both the hull and the superstructures are made in GRP and its two engines (MTU 16V 4000M90) allows to reach the maximum speed of 27,9 nodes.

The interiors are characterized by using white corian for floor and white painting for walls and ceilings. These “white boxes” incorporate a multitude of coloured design furniture and art works by famous artists.

At the lower deck there are two twin cabins, a VIP cabin and a smaller one near the staircase. At the main deck, beyond a wide external deck, there is the lounge that, thanks to the windows “full height”, gives the feeling to be in the water during navigation and anchorage. The forward area is occupied by a service zone: galley, pantry, day toilet and wheelhouse.
All the upper deck is dedicated to the owner’s area. The cabin has a 180° view and the office, in the aft area, becomes one only space with the external fly bridge.

If the interiors became a art gallery, the exterior painting, by Jeef Koons, completes the work, creating a pure travelling art work.

About Ivana Porfiri
Ivana  Porfiri is an Italian designer, based in Milan. Some of her projects are several private houses (London, Antibes, Saint Moritz, Italy), a wine cellar (Italy), offices buildings (Italy), product design and yacht design (14 realized yachts and ships). This to mean that her work experience is in different fields. It is very important for her to avoid the risk of being specialized so she can take advantage from the different experience and knowledge.
Her belief "The mind breathe goes through the circulation of elements, from land standing projects to the water floating projects, from the micro scale of product design details to the scale of a palace, from study a warp of a carpet pattern to the landscape geometry of a wine yard settlement". Ivana's main work research is based more in the sensorial and perceptive aspects of the spaces and the objects, more than on visual and aesthetical impressions.

Dakis Joannou is a Greek Cypriot industrialist based in Greece. He is considered to be one of the leading collectors of European contemporary art (the earliest work in his collection is from 1985). Joannou started collecting when he saw Jeff Koons' "equilibrium" and felt really excited in collecting items like this. His will is to live with the works, not just to exhibit or to show them to the public. The Dakis Joanou collection includes works by a variety of international and mainstream artists, including: Jeff Koons, Vanessa Beecroft, Michael Bevilacqua, Ashley Bickerton, Cai Guo-Qiang, Maurizio Cattelan, Verne Dawson, Matt Greene, Ralf Ziervogel, Mike Kelley, Joseph Kosuth, Liza Lou, Miltos Manetas, Allan McCollum, Takashi Murakami, Ningura Napurrula, Shirin Neshat, Cady Noland, Chris Ofili, Gabriel Orozco, Yinka Shonibare, Shahzia Sikander, Kara Walker, Nari Ward, and Christopher Wool.

Joannou's collection has been featured in many leading museums, perhaps most notably the Palais de Tokyo in Paris, France and in the world-famous auction house Christie's.

Joannou is the founder of Deste Foundation, centre for contemporary arts, located in Athens, Greece in the suburb of Nea Ionia. DESTE is a nonprofit foundation that organises exhibitions and supports publications that explore the relationship between contemporary art and contemporary culture. It aims to bring contemporary art to a wider audience, to enhance opportunities for young artists, and to establish a dialogue between generations through an exhibition program that promotes emerging as well as established artists.

TO REPRODUCE the work in copies (print, lithography print, engraving, picture and any other way to reproduce)
TO DIFFUSE , that is, to give circulation to the images through television, satellite, internet, press and any other kind of publication.
TO DISTRIBUTE to the public by sale or other transfer of ownership, or by lending the material or its copies.
TO ALTER, or rather, to modify the material.