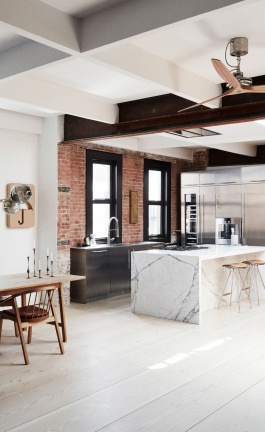 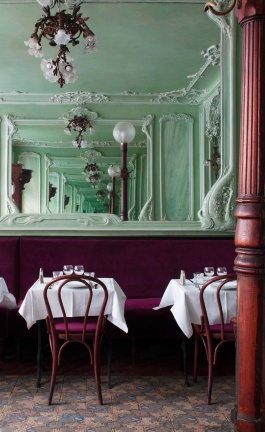 Located in one of the most iconic and prestigious building in Valencia, Spain, this recently renovated apartment by Valencia-based practice Balzar Arquitectos impresses with its abstract minimalism and sculptural fluidity.

Built in the early 1970s as the epitome of luxurious living by the late Spanish architect Antonio Escario in collaboration with José Vives and José Antonio Vidal, Torre de Ripalda is a 16-storey tower block locally known as ‘La Pagoda’ due to its tiered configuration, hexagonal shape and protruding corners. The building’s unique polygonal shape may have ensured its status as a city landmark but it also presented quite a challenge when it came to reconfiguring the three-bedroom apartment’s layout. Faced with diagonal walls, obtuse angles and numerous structural columns throughout, the architects came up with a unique design that sculpturally merges different structural and built-in elements into a cohesive sequence of spaces.

The architects’ sculptural approach is exemplified in the design of the open-plan living area that incorporates the living room, dining room, kitchen and study. Unified by the all-white colour palette for the walls and ceiling, and the sumptuous texture of the timber floorboards extending throughout, the aforementioned areas are discretely delineated by a series of sculptural interventions that cleverly also serve a practical purpose: the lounge and dining area are perceptually separated by a curvaceous ceiling volume that also conceals a structural beam, the kitchen is delimited by a built-in counter that extends into the space, while a translucent partition demarcates the former balcony, now the study, is integrated into a structure that both supports the desk and hides two steel columns.

The private quarters, which are accessed through a corridor and separated from the living area by a sliding door that conveniently disappears into the wall, share the same design sensibility of built-in functionality.

Governed by a minimalist aesthetic, the austere décor further enhances the perception of the apartment as a continuous sculptural form, the abstract plasticity of which is made all the more glorious by the abundant daylight filtering in courtesy of the building’s faceted façade that wraps itself all around the apartment.